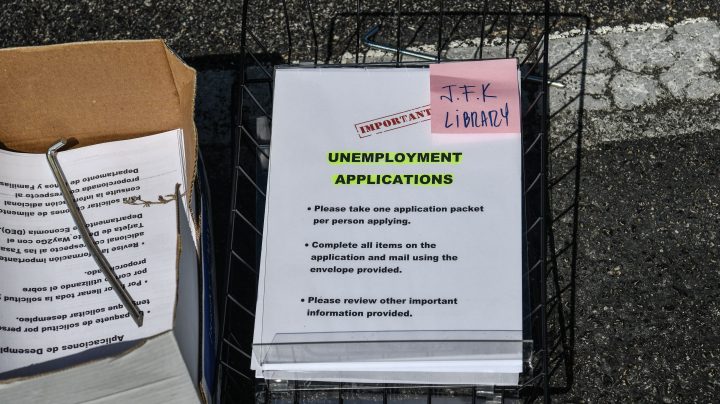 Marketplace host Kai Ryssdal spoke to Erica Groshen, a Cornell economist who was commissioner of the BLS from 2013 to 2017, about the error. The following is an edited transcript of their conversation.

Kai Ryssdal: First of all, let me get your gut reaction from Friday morning, 8:30 East Coast time. You see that jobs report, and what do you think?

Erica Groshen: I was surprised. I, like many other people, expected to see further deterioration and instead saw a partial rebound.

Ryssdal: Yeah, and I’m sure you, like a lot of people, scrolled down and read through that whole thing and found this note about misclassification. Could you, as simply and in an as layperson-friendly paragraph or two as you could, explain what this misclassification error is and was?

Groshen: Sure. So this is the result of the normal interviewers asking the normal questions that they always ask. And BLS asks a series of questions about people’s activities that allows BLS to put them into these conceptual buckets. Are you employed? Are you not employed? If you’re not employed, are you unemployed? Or are you out of the labor force? That’s how we get the unemployment rate. And this is better than asking people for their opinion about whether they’re employed or unemployed.

Groshen: My guess is and what I visualize is that you have a lot of people who one day discovered they were staying home rather than going to work and they had some kind of conversation with their bosses. But maybe, you know, most of them never received any kind of piece of paper saying you are on temporary layoff until I can recall you. And so people think of themselves as having a job but not at work.

Ryssdal: Last thing and then I’ll let you go. As you well know, because you were in office at the time, Donald Trump, when he was a candidate, accused the Bureau of Labor Statistics of, in essence, cooking the books to benefit the Democratic candidate and President Obama. As I’m sure you’re also aware, Paul Krugman, Nobel Prize-winning economist, on Friday said, Well, I hope the Trump administration didn’t get to these numbers, implying in essence the same thing that then-candidate Trump had done. Is it possible to politically manipulate these numbers?

Groshen: No. This is much more like a factory process than most people realize. It’s highly automated. [Changing the numbers] would be very hard. And then subverting the really strong internal culture … to achieve that, it’s impossible. Nevertheless, I do think that it is reasonable at all times to seek verification of that. And certainly I always have my eyes open for red flags, and I saw no red flags this time.