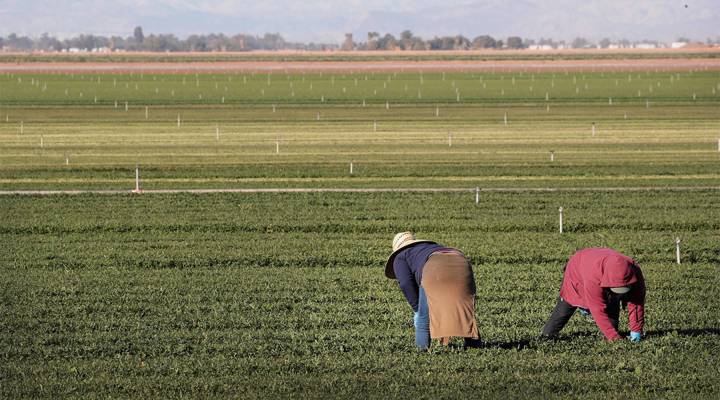 The Bureau of Labor Statistics’ monthly jobs report is closely watched by economists, business owners, workers and consumers. It tells us how many jobs were added or subtracted from the economy; which occupational sectors are growing, stagnant or shrinking; and the unemployment rate overall and for different demographic subgroups.

The practice goes back to the mid-19th century and the government’s first efforts to monitor and manage the U.S. economy.

When the Department of Agriculture was founded in 1862, farm work was mostly done on family-owned farms by family members, perhaps with a few hired hands, said University of Notre Dame economic historian Thomas Stapleford.

“Abraham Lincoln called it ‘the people’s department,’ because over half of all Americans at that point lived on farms,” he said.

But the economy was rapidly changing. Evermore farm work could be done by machines; productivity increased as the need for agricultural labor decreased.

Meanwhile, wage labor in increasingly large industrial and commercial enterprises was rising. These jobs were concentrated in cities or along railroad corridors linking cities. Many were poorly paid and dangerous. The employment was often unreliable, with periodic layoffs and plant closures.

Workers had few protections, and when they tried to organize unions, it often led to social and political strife, Stapleford said.

“There’s all this labor conflict and violence, and a sense that we need to understand this phenomenon,” he said. “And the Bureau of Labor Statistics was formed out of this time of conflict.”

BLS was founded in 1884. It began tracking industrial workers’ wages and eventually expanded to track unemployment and other aspects of the nonagricultural economy. Betsey Stevenson, an economist at the University of Michigan and former chief economist at the Department of Labor, said in the 1920s and ’30s, BLS ramped up its data collection as economic upheaval and industrialization spread. BLS statisticians utilized data from state unemployment insurance and New Deal government programs — programs that generally didn’t cover farm work and farmworkers.

Through the late 20th century, the percentage of U.S. workers employed on farms fell to the low single-digits. At this point, in technical terms, said Stevenson, “the sample frame for agriculture is insufficient for calculating statistically sound estimates. In other words, it’s such a small share now, it’s almost rounding error whether we put farm workers in or not.”

The workforce on U.S. farms and ranches is tracked by the Department of Agriculture.

Dan Sumner, a University of California, Davis, agricultural economist, said that in the past decade, farm operators have faced rising labor-force uncertainty. He said they haven’t been able to find enough native-born or immigrant workers. The Trump administration’s crackdown on undocumented immigrants has exacerbated the labor shortage.

“As the economy’s picked up in construction and other areas, fewer people are willing to do farm work. It’s hard work at relatively low wages,” Sumner said. “There’s been a move into less labor-intensive crops. And there’s more mechanization to make workers more productive.”

According to USDA’s latest farm labor report, 784,000 workers were employed on U.S. farms and ranches in fall 2018. The latest BLS jobs report, from March, estimated there were 150,816,000 total nonfarm payroll jobs in the United States.

Based on these statistics, farmworkers currently represent approximately 0.05% of all U.S. workers.