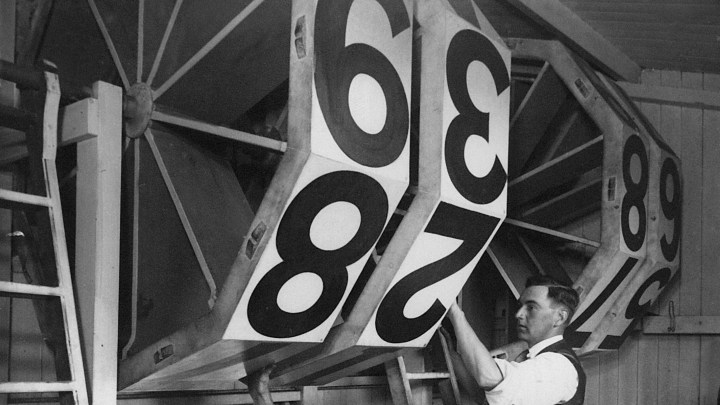 Listener Jonathan Gruber of Davis, California, asked: “Is it possible that economic numbers can be manipulated? What would someone have to do to fudge key numbers nefariously?”

The possibility of someone manipulating a U.S. government economic report on unemployment, gross domestic product or inflation — for political or financial gain — seems unlikely.

“I don’t know of a documented case in the United States where that has happened — outright fraud where you’re making up the numbers, violating basic mathematical rules,” said Thomas Stapleford, an economic historian at Notre Dame and author of “The Cost of Living in America: A Political History of Economic Statistics, 1880-2000.”

Stapleford said that in the old Soviet Union and China in recent decades, economic statistics have been fabricated or grossly distorted to fit a party’s or leader’s pre-determined economic plans. But he said that statistical agencies in the United States are effectively shielded from that kind of political pressure. The civil servants who gather, process, analyze and report economic data are insulated from direct influence by the political appointees who run their departments (such as Labor and Commerce).

Stapleford said that in the United States, presidents have sometimes tried to shape how government statistics are calculated — what they do and do not include — to paint a more favorable picture of the economy’s performance on their watch and to boost their political prospects.

“So you could have the official agency choose a definition for a statistic that matches the perspective of a particular group or political party,” Stapleford said.

For example, in the lead-up to the 1932 election, President Herbert Hoover was accused by Democratic opponents, including Franklin Roosevelt, of undercounting unemployment to make the economy look better. The Hoover administration “excluded workers who had been laid off and new workers who were looking for jobs,” Stapleford said, “so you ended up with an unemployment rate that was much lower than what a lot of people thought was happening on the ground in the early years of the Great Depression.”

More than a decade later, labor leaders accused President Franklin Roosevelt’s administration of using an outdated method for measuring inflation, which underestimated increases in the cost of living and allowed the government to keep wages lower during World War II.

And there is one documented case of a president — Richard Nixon — trying to secretly manipulate the Bureau of Labor Statistics and “go directly after the data,” said Princeton historian Julian Zelizer.

It was the summer of 1971, Zelizer said, “and Nixon was mad at the bureau. He argued that there was a ‘Jewish cabal’ running it, and he literally tried to change the leadership because they weren’t putting out numbers that were favorable to him, and he was thinking about reelection.”

This is documented in one of the secret White House tapes that has been researched and transcribed by Ken Hughes at the University of Virginia’s Miller Center. (Miller is author of the book “Chasing Shadows,” as well as an article documenting this episode.) It includes this conversation on July 24, 1971, between Nixon and White House chief of staff H.R. Haldeman, in which Nixon said: “There’s a Jewish cabal, you know, running through this working with people like [then-Federal Reserve Chair Arthur] Burns and the rest, and they all, they all only talk to Jews. Now how in the hell do you ever expect us to get anything from that staff, the raw data, let alone the poor guy’s gonna say (inaudible), but it’s gonna be loaded against us.”

Hughes explained that a top official at BLS, which issued the monthly employment report and provided analysis in a press release and press conference, had characterized a drop in the unemployment rate in June 1971 as a “statistical quirk.”

“Nixon imagined,” Hughes said, “that this Jewish conspiracy, economists at the Bureau of Labor Statistics, were toying with the unemployment rate to make him look bad.” Hughes said Nixon then ordered Haldeman “to count how many Jews there were in the Bureau of Labor Statistics. And he forced a reorganization of the bureau.” Two senior BLS officials (Peter Henle, chief economist for BLS, and Harold Goldstein, the director of current employment analysis) were transferred, and BLS press conferences that had previously been held immediately after release of the monthly employment report were canceled.

And what about today? Could a president or political appointee get away with such meddling with government economic statistics?

Erica Groshen was appointed BLS commissioner by President Barack Obama in 2013 and served until the end of his administration in early 2017.

“If I had tried to do that while I was commissioner, I know with certainty that the first people to turn me in would have been the employees of the BLS,” said Groshen, who is now a fellow at the Cornell University Industrial and Labor Relations School.

Groshen said that security safeguards put into place since the Nixon administration protect the integrity and independence of data gathering, analysis and reporting. Political appointees, such as the secretary of Labor, can’t see economic reports until they’re ready for release and aren’t allowed to comment publicly until afterward.

“It would be very difficult to manipulate that process,” Groshen said, “because it would be very noticeable. All the people involved in it have background checks, they have training, there’s checking and rechecking.”