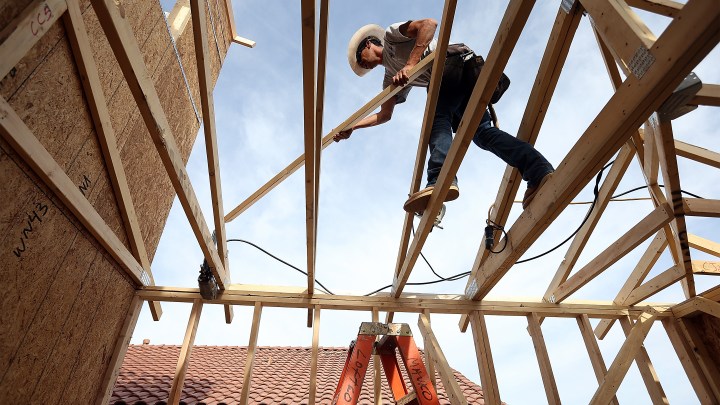 But those numbers are the result of a lot of complex math to adjust for seasonal fluctuations in hiring.

Some seasonal ups and downs in the job numbers are predictable: New graduates looking for work every spring, retail layoffs after the holidays every winter. This January, for instance, employers eliminated 2.8 million jobs.

Now, taken at face value, that could suggest the economy is in trouble. So, the Bureau of Labor Statistics adjusts the data, to smooth over seasonal changes — like all those jobs lost in January.

Former BLS Commissioner Erica Groshen said “seasonal adjustment” can reveal underlying economic trends, like “heading into or out of recession, or where we are in the business cycle.”

“If you have unseasonably mild weather, we would expect to see stronger employment in construction,” Clinton said. And that kind of economic boost would be included in the “seasonally adjusted” job numbers.