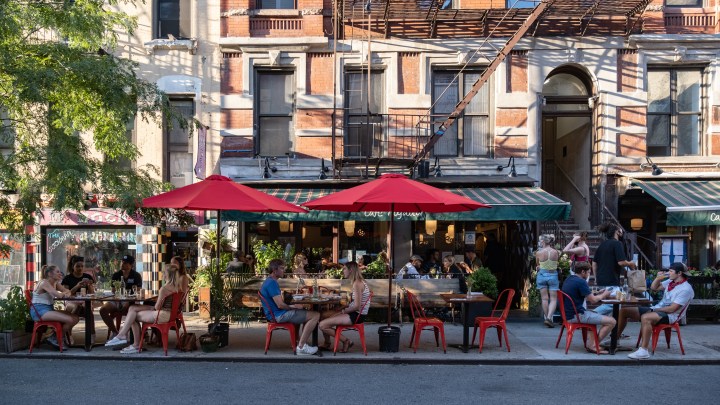 COPY
Jobs at restaurants, hotels and bars are among the more than 900,000 added across many industries. Jeenah Moon/Getty Images

Jobs at restaurants, hotels and bars are among the more than 900,000 added across many industries. Jeenah Moon/Getty Images
Listen Now

Jobs are blooming, the spring economy is springing.

As you’ve no doubt heard in the news, we got a very good March jobs report Friday morning. To recap a few of the headline numbers:

— 916,000 jobs were added to the economy, including 280,000 in hard-hit hospitality, places like bars and restaurants and hotels. Also education, construction, manufacturing, warehousing, office work and more.

— The unemployment rate declined 0.2% to 6%, the lowest level since the pandemic hit and unemployment soared, at one point to 14.8%. That was in April.

Positive comments were a dime a dozen as I did my economist calls, starting with Nicole Goldin at the Atlantic Council: “Definitely signs of a boom.”

“Very happy to see it,” said Michael Farren at George Mason University’s Mercatus Center. What got him pumped up is the trajectory — 233,000 jobs added in January, then 468,000 in February and doubling again to more than 900,000 in March.

“You think March’s number is high, April and May’s numbers are going to be positively eye-popping, as larger and larger proportions of the population are vaccinated and more of the economy reopens,” Farren said.

The breadth of job growth is what impressed Curt Long at the National Association of Federally-Insured Credit Unions. Not just hard-hit bars and restaurants, but retail, transportation, the building trades, finance.

“A lot of businesses are looking ahead to really strong consumer demand, and they don’t want to be caught flat-footed without the necessary employees,” Long said.

Getting everyone back to work — especially unemployed parents — will require more of a rebound in services for many workers, said Goldin at the Atlantic Council. “We need child care to come back because it employs a lot of women, and in particular minority women, and because the burden of care and school closures have pushed so many millions of women out of the labor force.”