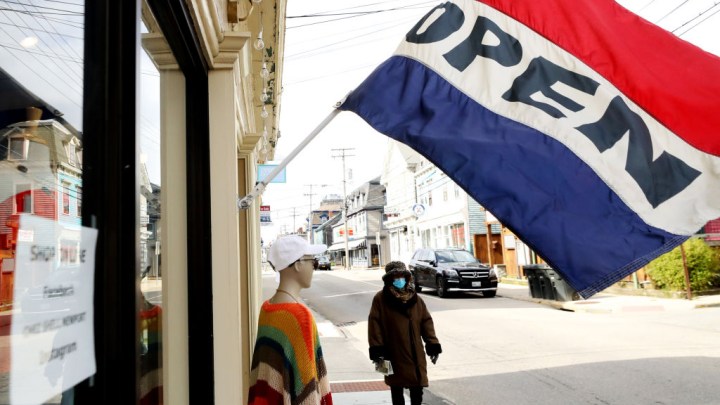 As states begin to gradually reopen in an attempt to restart their economies, early indicators show consumers will be cautious with their spending. That could potentially lead to a long-lasting shift in spending habits, one that embraces frugality.

As recently as a couple of weeks ago, some economists predicted the recovery from a COVID-19-induced economic downturn would be sharp and quick. However, that might not be the case anymore. The economic damage that the coronavirus has caused to millions of consumers now might be too severe to expect Americans to go on post-lockdown spending splurges.

Prior to COVID-19-related lockdown restrictions, the financial status of many Amercians wasn’t strong. “Incomes have been stagnant, they’ve fallen for a majority of people for several decades. I mean, the only exception are these highest earners,” said Chris Farrell, Marketplace senior economics correspondent.

Even more disturbing, “a lot of middle-, lower-income households, they never recovered financially from the Great Recession, which was a dozen years ago,” Farrell told “Marketplace Morning Report” host David Brancaccio.

Now, Americans could begin to change their spending habits in order to financially survive the economic fallout from this pandemic.

That change is already reflected in the numbers: “The personal savings rate, it has already jumped from 8% in February to more than 13% in March, and I don’t think that’s an aberration,” Farrell said.

The following is an edited transcription of the conversation.

David Brancaccio: What do you think? Was this trend expected of forced frugality?

Chris Farrell: No, I don’t think it was. Think back a couple of weeks ago: The consensus expectation on Wall Street was we were going to have a V-shaped recovery. We go down, and then when the economic lockdown is lifted up, you’re going to have all this pent up consumer demand. And people are just going to go out and start splurging. Now we realize, look, too many households, their finances have been badly strained. April’s unemployment number was stunning, of course, but it only captures a part of the damage. I mean, think about all the other workers that have had their hours reduced or pay cut, or maybe they go on temporary unpaid leave. People are not going to go out and spend money the way they typically do after a recession.

Brancaccio: But, Chris, what was the status of our savings prior to the lockdown mess?

Farrell: So incomes have been stagnant. They’ve fallen for a majority of people for several decades. I mean, the only exception are these highest earners. And probably even more disturbing, a lot of middle-, lower-income households, they never recovered financially from the Great Recession, which was a dozen years ago. So to get by during this pandemic depression, if you don’t have much in savings, you’re borrowing more. And there was this recent survey by CreditCards.com. It shows that nearly half of U.S. adults currently have credit card debt. And that’s up from 43% from a similar survey in early March. And hardest hit: millennial credit card holders.

Brancaccio: Now speaking of millennials, I mean, here we are — they’re being given a taste of what their grandparents, even great-grandparents, experienced during the Great Depression.

Farrell: That’s right. And like the grandparents or great-grandparents, more people are embracing frugality or thrift. I mean, look, here’s the bottom line: Without, you know, really strong, healthy income growth, Americans will need to save more and spend less. The personal savings rate, it has already jumped from 8% in February to more than 13% in March, and I don’t think that’s an aberration.