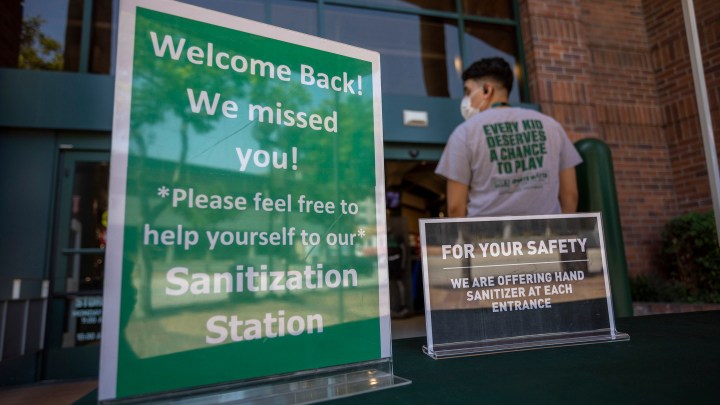 It’s confirmed: The bottom fell out on consumer spending during sheltering in place April. The government says spending fell 13.6%. Meanwhile, the personal savings rate hit a historic 33% in April, up from 12.7% in March.

For May, there are signs spending may be picking up slowly. Consumers are now feeling slightly more confident about the economy overall. The University of Michigan’s index for May, however, shows consumer sentiment has remained largely unchanged.

And people’s anxiety about their own personal finances is still sky-high, says economist John Leer at polling firm Morning Consult.

“Millions of Americans have filed for unemployment insurance, it’s unclear whether or not those workers are still able to meet their basic spending needs,” Leer said.

And Leer says about half of those who’ve lost jobs or had their hours cut, aren’t even getting benefits.

“That means that they are trying to subsist on much lower income. They’re going to have to cut their spending and it will make the recession worse,” Shierholz said.

Consumers remain very concerned about COVID-19 continuing to spread. As a result, “we will not see any sort of a rebound in consumer spending in the near-term,” Leer said.

That’s at least until consumers are more willing to go out to dine and shop again.