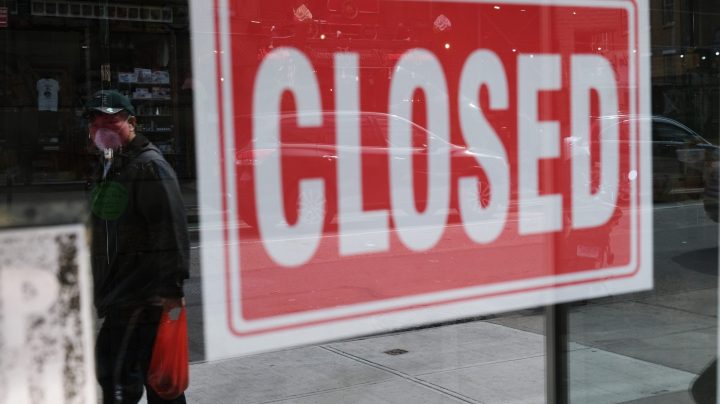 A view of a closed business in New York City. Spencer Platt/Getty Images

The Labor Department’s April jobs report showed that the U.S. economy lost 20.5 million jobs and the unemployment rate rose to 14.7%, which is the highest percentage since the Great Depression.

The monthly change in employment also saw a record decline, surpassing the nearly 2 million job losses in 1945 during World War II, and the 800,000 in job losses during the Great Recession.

Other figures also show the damage caused by COVID-19, like the Labor Department’s weekly unemployment claims report. Since the crisis started, more than 33 million people have filed for unemployment. But like we’ve reported on in the past, these government figures are only a snapshot.

The standard definition of an unemployed person is someone who hasn’t had paid work and has been actively looking for a job, but many have now been laid off or left their jobs and aren’t looking for new ones, wrote Marketplace’s Mitchell Hartman.

Along with job losses, many Americans are also facing a decline in income. About 26% of Americans who are currently working say they’ve experienced a paycut, while 36% are working fewer hours, according to our Marketplace-Edison Research poll.