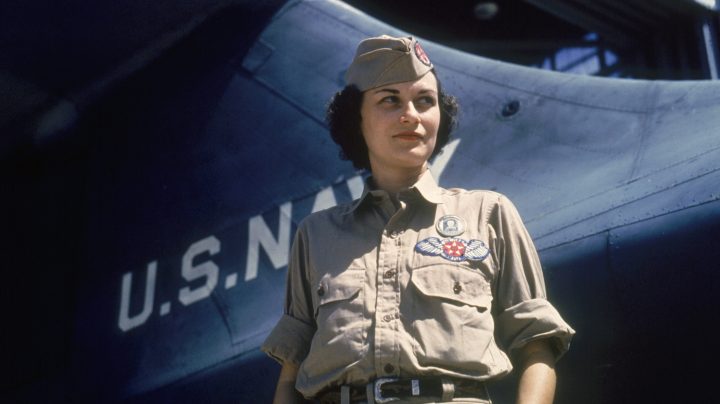 Just a couple months ago, the U.S. was experiencing the longest economic expansion in history. It was 11 years of growth that saw the lowest unemployment rate in 50 years, until the COVID-19 outbreak changed everything.

The latest jobs report shows the U.S. economy lost 20.5 million jobs in the month of April as the unemployment rate rose to 14.7%, the highest level since the Great Depression. With such a massive shift in the economy, we’ve been looking to past moments of crisis to see what those times can teach us about our changing economy.

Today, we’re looking at postwar America and how this country managed to find jobs for 16 million World War II veterans.

“The magnitude of what we’re doing now is similar to the magnitude of the transition we went through in World War II,” said Gary Richardson, former historian of the Federal Reserve System.

Before we entered the war in 1941, the U.S. was coming out of the Great Depression and its lasting double-digit unemployment. But by 1943, the economy had mobilized around the war effort and put millions of people to work in war production.

“Most of the men were needed in the war effort, and then a lot of women actually were pulled into the workforce,” said Caroline Fohlin, economic historian at Emory University.

From 1941 to 1945, the U.S. reconfigured nearly half the workforce throughout the war. When the conflict ended, the economy had to transition from a war economy into a place where millions of veterans and civilians could find jobs.

The U.S. government invested heavily in this transition. Many businesses were given government-backed credit to help them reorganize for the postwar consumer economy. President Franklin Roosevelt signed the GI Bill, which allowed for a year’s worth of unemployment checks and helped 7 million returning soldiers get an education.

“The government realized that people were going to go back to some new jobs, not to their old jobs. But the government and most people didn’t realize what those jobs are,” Richardson said.

But in today’s crisis, coming down from record-high unemployment depends on an uncertain public-health future.

“We’re going to know when we’re in recovery when kids are going back to school and people are therefore able to go back to work and that it’s safe to do so,” Fohlin said.

So far, Congress has approved historic actions to try to stabilize the economy, with increased unemployment benefits, emergency loans for small businesses and stimulus checks for millions of consumers — all efforts to provide economic relief. Full economic recovery could require even more federal response.

“The government has to support innovation, and entrepreneurs are going to need resources, right, so that they can experiment and come up with the new ideas and the new technologies that are going to get the labor force back to work,” Richardson said.