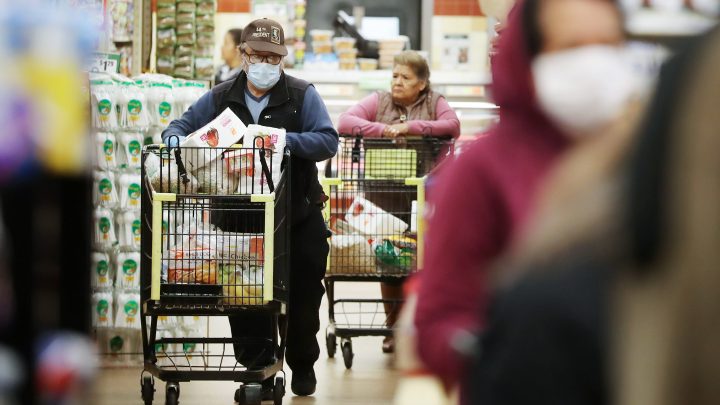 There’s new research on how we’re spending those $1,200 direct payments from the federal government. Turns out, we’re spending the money much differently from how we did when the government sent out relief checks in 2001 and 2008. And that may not be a good thing.

This time around, people are using their direct payments to keep a roof over their head or food on the table. Economists at four universities studied the spending habits of about 1,600 middle- and low-income consumers who got relief checks. Columbia University economist Michaela Pagel is a coauthor of the study.

Also food, and of course toilet paper, at the grocery store. Compare that to 2001 and 2008, when consumers used the government payments to splurge on a new car or dishwasher. Of course, shopping for that kind of thing is difficult during a lockdown. Frank Nothaft is chief economist at CoreLogic.

“You can do some online shopping, but you still have to see the cars and see the appliances — see if it meets your needs,” Nothaft said.

But another study coauthor, Northwestern University economist Scott Baker, said they also looked at how fast consumers spent the government payments. Baker says in 2001 and 2008, it took them about six months. And those checks were less than $1,000 for an individual. So far this time? For the people in this study? The $1,200 payments were gone in one to two weeks.

“And so it seems like people were really anxious to get that money and started spending it the day it entered their bank account,” Baker said.

He added that these consumers may have lost their jobs suddenly. So splurging on anything right now is out of the question.