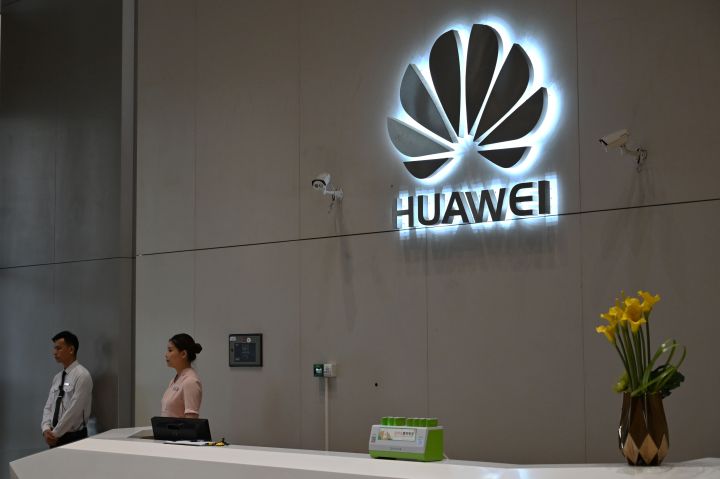 Chances are you’ve been hearing a lot about Huawei recently. Feel a bit lost? We’ve got a cheat sheet for you.

What exactly is Huawei?

Pronounced “hwah-way,” it’s a multinational Chinese technology titan that’s the world leader in equipment for wireless telecommunication networks and the No. 2 seller of smartphones globally (behind Samsung).

Huawei also makes switches, routers and fiber-optic and undersea cables that help make up the worldwide internet. Oh, and it’s in cloud computing, artificial intelligence, semiconductors and software. It’s as if you rolled Apple, AT&T, Amazon Web Services, plus a bit of Google and Microsoft, into one.

We’re talking more than 180,000 employees in more than 170 countries, and revenue of more than $100 billion a year (about the same as Boeing). But really, there’s no good U.S. comparison.

Huawei’s technology is an important part of the next-generation wireless technology — 5G — currently in development, which is one reason it keeps popping up in the news.

5G is shorthand for the fifth-generation of wireless networks, the future network most wireless service will run on.

5G allows larger amounts of data to be transmitted at speeds up to 20 times faster than current 4G networks, and it uses new methods of transmission that will make some older technology obsolete.

It will also enable lots more devices to be connected to the internet, paving the way for the “internet of things” we’ve all been promised, complete with autonomous cars and toasters you can operate from your phone.

Most U.S. consumers, however, likely won’t see noticeable changes in products and applications until around 2021.

And what’s this 5G “race” I keep hearing about?

The Chinese and U.S. governments are each hoping companies from their countries will be responsible for the global infrastructure that will make 5G a reality. In fact, Huawei and AT&T are actually working together to set the global 5G standard.

The stakes are both economic and political. The U.S. had lagged behind European countries when both 2G and 3G wireless networks were implemented, but managed to “win” the race to 4G. That win brought with it an estimated $100 billion boost to America’s GDP.

It’s estimated that a 5G network could contribute as much as $500 billion to U.S. GDP, and create some 3 million jobs.

Controlling the infrastructure for communications in a global economy based on technology also comes with some real political power. That’s because information is now one of the world’s most valuable commodities.

The 5G race has been compared to another technological competition between countries, the space race against the USSR in the 1960s. Owning 5G would be the ultimate muscle flex in what’s been described as the “tech Cold War.” The tactics employed during the race could actually slow the rollout of 5G across the globe.

Who is winning the 5G race?

It’s difficult to say. Huawei is currently the only global company that makes the entire end-to-end supply chain of 5G equipment, which means the company’s technology is state of the art. Without access to it, the U.S. could be missing out on the most advanced 5G equipment in the world. The company says it already has 5G contracts in 42 countries.

But the U.S. has made some recent political moves that give it a leg up. In May, President Donald Trump and the U.S. Commerce Department put strict new controls in place, forbidding U.S. companies from doing business with any foreign entities deemed a national security threat and putting Huawei on a blacklist that forbids U.S. companies to sell to it without government approval.

Google, which controls the Android operating system, and chip makers Intel, Broadcom and Qualcomm have all said they will limit sales and services to Huawei, which could be a big hit to the company’s ability to expand globally. Huawei says it will work on developing its own operating system and can make its own chips in-house.

What does Huawei have to do with the Chinese government?

Huawei’s founder, Ren Zhengfei, was a technologist for the Chinese military before founding Huawei in 1987. It was this connection that helped Huawei land contracts with the Chinese government in the company’s formative years.

The Chinese government has also invested tens of billions of dollars in Huawei, giving it a competitive edge that is partially responsible for its meteoric rise in the global telecom marketplace. Much of China’s massive telecom network is built using Huawei products.

Finally, China passed a National Intelligence Law in 2017 that requires Chinese companies to assist in offensive intelligence operations. That has many U.S. officials worried Huawei’s network could be used to spy on American companies, the U.S. government and even private citizens.

The U.S. intelligence community has been sounding the alarm against Huawei and another Chinese telecom company, ZTE, for nearly a decade.

Back in 2012, the U.S. House Intelligence Committee began warning that Huawei and ZTE could allow the Chinese government to use their networks and technology to spy on Americans, but an expansive 18-month review offered no proof that this was happening.

In 2018, FBI Director Christopher Wray testified to the Senate Intelligence Committee about the dangers:

“We’re deeply concerned about the risks of allowing any company or entity that is beholden to foreign governments that don’t share our values to gain positions of power inside our telecommunications networks, that provides the capacity to exert pressure or control over our telecommunications infrastructure.”

Both ZTE and Huawei have spotty records when it comes to things like intellectual property theft and violations of international sanctions, and security vulnerabilities have been discovered in some Chinese telecom technology, leading to speculation that those vulnerabilities could be intentional.

Because Huawei makes everything from undersea cables and fiber optic lines to AI technology and handheld devices, it has access to an unprecedented amount of data. Even if the devices currently on the market don’t have surveillance capabilities, some experts are worried it could be added through software updates.

With 5G technology, that could mean everything from tracking autonomous vehicles to shutting down the nation’s power grid.

Will Huawei ever come to the U.S.?

It’s already here! Big American telecom companies sometimes avoid building infrastructure in less populated areas where the payoff is low, so many rural parts of the U.S. have been forced to seek out alternatives. Small regional telecom companies have been buying Chinese telecom gear from companies like Huawei and ZTE for years.

Huawei also spends tens of billions of dollars each year on research and development and has a presence across the globe. The company reportedly has labs in Chicago, San Diego, Cupertino, Plano and a U.S. headquarters in Santa Clara, California that employs around 700 scientists and engineers.

The company also has reportedly donated $10.5 million to American universities, funding labs and research programs at dozens of schools. Cornell has been the largest recipient, accepting more than $5.3 million in funding. Many of those schools recently announced they would cut all ties with the company. The Washington Post also reported on a collaboration between Huawei and the Brookings Institution.

Why aren’t other countries afraid of Huawei?

Some are. Australia and New Zealand have banned Huawei telecom equipment, and a growing number of U.S. allies are considering various levels of controls including Japan, South Korea, Germany and the United Kingdom. For now, however, the United States is very much leading the fight against Huawei.

Want to know more? Check out our Huawei coverage here.