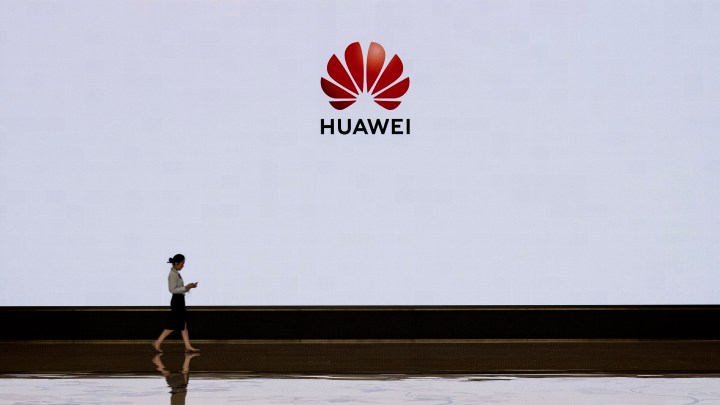 A member of Huawei's reception staff walks in front of a large screen displaying the logo in the foyer of a building used for high profile customer visits and displays at the company's Bantian campus on April 12, 2019 in Shenzhen, China. Kevin Frayer/Getty Images
Trade showdown

A member of Huawei's reception staff walks in front of a large screen displaying the logo in the foyer of a building used for high profile customer visits and displays at the company's Bantian campus on April 12, 2019 in Shenzhen, China. Kevin Frayer/Getty Images

A foreign ministry spokesman, Lu Kang, criticized the moves as an “abuse of export control measures” after the Trump administration issued an order requiring Huawei to obtain government permission for purchases.

Lu gave no details, but analysts warned the export controls threaten to worsen a U.S.-Chinese conflict over technology and trade.

The restriction is “a grave escalation with China that at minimum plunges the prospect of continued trade negotiations into doubt,” said Eurasia Group analysts in a report.

“Unless handled carefully, this situation is likely to place U.S. and Chinese companies at new risk,” the report said.

While it doesn’t name specific countries or companies, it follows months of U.S. pressure on Huawei. It gives the Commerce Department 150 days to come up with regulations.

A Ministry of Commerce spokesman, Gao Feng, gave a similar warning about “necessary measures” at a separate news conference but also gave no details of possible official steps.

Chinese retaliation against U.S. tariff hikes has included targeting American companies in China by slowing down customs clearance and issuance of business licenses.

Huawei said blocking it from doing business in the United States would hamper introduction of next-generation communications technology in which the company is a world leader.

“We are ready and willing to engage with the U.S. government and come up with effective measures to ensure product security,” the company said in a statement.