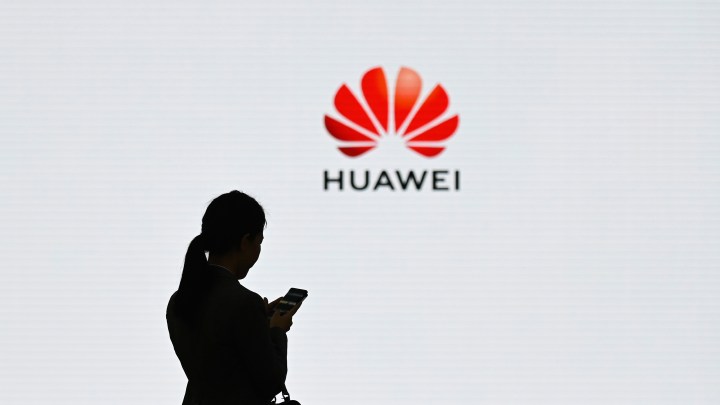 If a $100 billion global technology titan could frame itself as an underdog, it would be Huawei. A trip to company headquarters in southern China reveals a company whose rhetoric and on-campus imagery belie a combative determination for the Chinese telecom, smartphone and cloud computing conglomerate, now facing potentially crippling sanctions by the Trump administration.

During a two-and-a-half day media tour across Huawei’s sprawling campuses in Shenzhen and Dongguan, company executives and managers said the U.S. government bans on Huawei selling in the U.S. market and buying American components have them redoubling their commitments to innovate and have forced the company to accelerate plans to create made-in-China semiconductors, software and mobile telecommunications equipment. Without Google’s Android software for its phones or chipsets from Qualcomm and Intel, Huawei finds itself in a DIY moment with many doubters on the part of analysts and investors.

Still, crisis creates opportunity, many company officials said, noting Huawei has long anticipated this moment and laid out a supply chain plan B. Under attack, Huawei is counterattacking, even taking on Trump in personal terms.

“We have seen that a national president could … lie constantly.”

“We’ve seen that a national president could arbitrarily change direction and lie constantly,” David Wang, board executive director and information and communications technology president at Huawei, told reporters. “Any action to smear our reputation will be in vain. Extreme difficulties will unite us even further,” Wang said. “As a matter of fact, our company has become even stronger.”

Huawei has acknowledged that the U.S. blacklisting, which could change subject to talks between Chinese President Xi Jinping and Trump at the G-20 summit in Japan this week, will likely impact earnings in the near term. But across Huawei’s properties, incuding the company’s new Pan-European-themed campus in Dongguan, the consistent message was one of long-term growth and continued industry dominance. Huawei leads the world in wireless telecom gear and is No. 2 in the world in smartphone sales, just behind Samsung.

“Like any company, when such an event takes place, employees look to their leadership to say, ‘Tell us what we should do,'” Joe Kelly, Huawei vice president of communications, said. “So the leadership of Huawei have been pretty active in communicating with employees in terms of what it means what they should do. And the direction to most people is: Keep supporting customers.”

There are also more indirect messages of us versus them. A photo image of a Soviet-built World War II warplane, riddled with bullets but still flying, is displayed across the Huawei properties. The caption: “Without damage and pain, one does not become tough and thick-skinned. Heroes in history have always encountered difficulties.”

Also prominently displayed: an anti-American book that is a bestseller across mainland China. “The American Trap,” written by a French businessman prosecuted and jailed by the U.S. government, argues the United States pulls legal levers to attack foreign corporate competitors. There is a clear parallel to Huawei Chief Financial Officer Meng Wanzhou, who was arrested in Canada and faces extradition and legal charges by the U.S. Department of Justice.

Publicly, rank-and-file workers at Huawei did not speak directly to the underdog spirit; in fact every group of workers we approached during lunch hour visibly stepped back and declined to speak on the record. Still, workers in private moments, as well as former Huawei managers and local Chinese tech reporters, spoke of a newfound determination at the company.

“Bring it on. We are ready,” is the message veteran China journalist Johan Nylander said he hears from Huawei workers. Nylander is the author of “Shenzhen Superstars.”