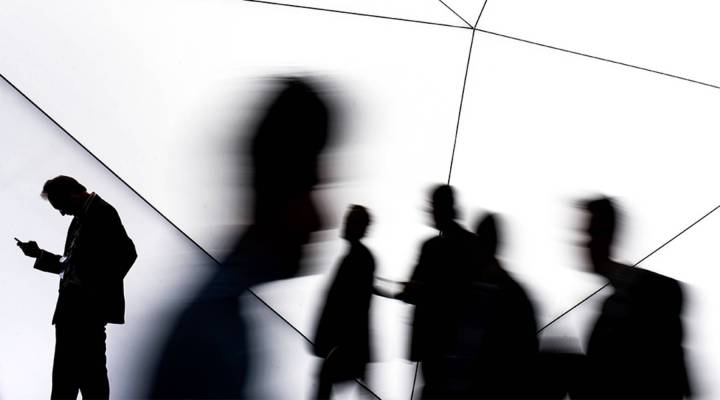 Where is the American Huawei?

The controversial Chinese titan in wireless networking gear has taken center stage this week at the industry’s annual conference in Barcelona. Huawei dominates the industry, it’s dogged by accusations of stealing rivals’ technology and it now finds itself atop the Trump administration’s hit list of companies to ban in North America and Europe.

But for U.S. government and industry, one reality underlies the great Huawei debate: America has no corporate dog in this fight. The world’s top wireless networking companies are, in order of market share: Huawei; Nokia, of Finland; and Ericsson, of Sweden.

“As an American, it’s disappointing, especially when I look at my career,” said Dan Hesse, former president and chief executive of AT&T Wireless Services in the late 1990s and president/CEO of Sprint from 2007-2014. “The U.S. was the envy of the entire world in communications networks … now when I look at the competitive landscape with respect to telecommunications infrastructure technology, the U.S. is no longer a leader.”

This rise and fall of the U.S. wireless telecom sector is a complex corporate history and differs depending on who is telling the story. But it begins with American dominance.

One small step for U.S. industry

In 1969, video and audio from Neil Armstrong’s moon landing were transmitted via technology from Chicago-based Motorola. Four years later, the world’s first cellular phone call was made by Motorola engineer Martin Cooper. Right around that time, the Hollywood television spy comedy “Get Smart” introduced to Americans the then-fantastical notion of a handheld phone. Some of us of a certain vintage recall TV detective Maxwell Smart taking a call from his spy handler on his shoe — Florsheim, size 9-D.

In the 1980s, AT&T was the premiere provider of telecommunications gear in the world, according to Hesse. He ran the company’s equipment division, which was linked to the parent company’s famed research arm, Bell Laboratories.

“It generated an average of three U.S. patents every day, had six Nobel Prize winners,” Hesse said. “As countries looked at telecommunications networks, when they came to the United States, this was what they wanted their countries to have.”

As an AT&T executive, Hesse received superstar treatment in his travels.

The decline would begin in the ’90s, the era of Nokia candy-bar-shaped phones with protruding antennas and the first clamshell flip phone from Motorola.

Industry analyst and corporate veterans of the era point to three significant and overlapping factors.

Factor one: bad business decisions. In the mid-1990s, Congress deregulated the U.S. telecom sector, allowing new entrants and wide-open competition in long-distance and local phone services. That prompted a network-building frenzy by infrastructure companies Lucent, Nortel and Motorola that were supplying the carriers, said Tom Lauria. He served as investor relations representative for AT&T and Lucent, and is the author of “The Fall of Telecom: A Wall Street Analyst’s True Story of the Telecom Industry.”

According to Lauria, Lucent CEO Richard McGinn had a saying at the time: “’If you’re not lead dog, the view remains the same.’ But the underlying business and executives I think were straining to keep up.”

Telecom firms served as “arms merchants to both new and incumbent carriers,” Lauria writes. “But the spending frenzy on telecom equipment was not sustainable.”

Companies overbuilt and their customers overborrowed. Like the American housing bubble, credit ultimately dried up, and boom went bust.

“Ultimately, people typically need one cellphone and one landline, and things sort of did implode,” Lauria said. By 2000, Lucent stock missed Wall Street expectations. “And that was basically the beginning of Lucent’s downfall.”

North American equipment companies laid off thousands to survive and cut back investments and research and development in their wireless divisions, said economics professor William Lazonick of the University of Massachusetts Lowell.

The U.S. telecom market in the ’90s saw a frenzied, free-for-all brand of dog-eat-dog capitalism. Cellular carriers built pricey networks that were incompatible. Remember TDMA? CDMA? IDEN? When you changed carriers back then, you likely had to get a new phone.

“The Europeans made the decision, ‘We will use one standard for every network,’” industry analyst Roger Entner at Recon Analytics said. “And we called that GSM. Everybody rallied around it, and it was just economies of scale that took over.”

One big market across the European continent created deep-pocketed telecom giants across the pond, including Nokia of Finland and Ericsson of Sweden. Those, along with Huawei, are the market leaders today.

In the United States, meanwhile, a struggling Lucent tried to compete by merging with Alcatel of France.

“It was not a very happy marriage,” Entner said. “And ultimately the combined entity was then bought by Nokia.”

Eventually Motorola’s mobile infrastructure business was bought by Nokia as well, in 2010. Nortel went bankrupt in 2009 and sold its wireless assets to Ericsson. For the record, Motorola stated its sale would “further sharpen our strategic focus.” Lucent in 2006 stated its merger with Alcatel would “provide the combined company with significantly greater capabilities and competitiveness.” Nortel stated its post-bankruptcy asset sale to Ericsson allowed Nortel to “leave its mark on the industry for decades to come.”

Lauria, the former Lucent official and telecom analyst, blames U.S. industry struggles directly on frenzied competition arising from congressional deregulation. “The entire genesis of this being the Telecom Act of 1995. Government deregulation causing this boom and ultimately causing the bust.”

The third factor in this North American decline and sell-off: Huawei.

Right around the time the first iPhone debuted, the Chinese price-cutting telecom equipment maker exploded onto the world’s scene, wiring up the mobile landscape across Asia and Africa.

“Huawei is the standard equipment in emerging markets,” Entner said, “because for a long time Huawei charged only half of what Ericsson and Nokia charge.”

Critics of Huawei say it received illegal government subsidies, stole tech secrets from rivals and makes equipment that can spy on foreign communications at the behest of the Chinese government. The company has long denied the allegations.

“Our company will never undertake any spying activities,” Huawei’s CEO Ren Zhengfei said in a recent interview with the BBC. “If we have any such actions, then I’ll shut the company down.”

Whatever its route to success, Huawei now controls 28 percent of the mobile telecom market, according to research agency Dell’Oro Group. Nokia and Ericsson trail significantly behind. It is true that American companies dominate related sectors in wireless: Apple in handsets, Google in software, Qualcomm in semiconductors.

But the underlying infrastructure to all that is built by non-U.S. companies and vulnerable, said Hesse, the former AT&T executive and Sprint CEO. He likens U.S. dependence on foreign telecom equipment to America’s overreliance on foreign oil in the 1970s.

“We run now on internet telecommunications and mobile infrastructure,” Hesse said. “If that source of supply were ever interrupted, for political or other reasons, that would be problematic.”

The U.S. government and military share that fear now that there is no longer an American Huawei in the sector.