COPY
The FCC is considering a ban on Chinese telecom hardware like that made by telecom giant ZTE. Lluis Gene/AFP/Getty Images

The FCC is considering a ban on Chinese telecom hardware like that made by telecom giant ZTE. Lluis Gene/AFP/Getty Images
Listen Now

Is Chinese telecommunications and internet equipment a threat for Chinese surveillance into Americans’ conversations, emails and other digital communication? Several arms of federal government are suspicious. The Federal Communications Commission is considering a ban on telecom hardware that the FCC deems a national security risk, which to many is code for Chinese brands Huawei and ZTE. Congress has passed, and President Donald Trump has signed, a prohibition on government agencies buying Chinese components or services.

But in rural America, the story is distinctly different, notably for small wireless carriers that depend on affordable, Chinese hardware. Consider the tiny company Pine Belt Communications, which serves five counties in southern Alabama. It’s headquartered on County Road 32 in Arlington, Alabama. Population: 456.

John Nettles is Pine Belt’s CEO. His father started the company in 1948 in order to serve customers that the national carriers don’t. There’s not enough scale or profits for the Verizons and AT&Ts to come here.

Pine Belt first brought cellular phone signals to the area — a service that saved the life of one of Nettles’ friends.

“This individual was turkey hunting,” Nettles said, standing by his family’s hunting tree stand. “He got bit by a rattlesnake. It was pretty dire circumstances for him. And he had his phone and he was able to get help to get to the hospital and save his life.”

Five years ago, Nettles upgraded his network to what’s called fourth-generation wireless. 4G is mobile broadband, allowing hunters and others outdoors to watch YouTube, or perhaps college football, as this is Alabama. He bought 4G servers and hardware from a Chinese company: ZTE, which underbid the competition by a whopping 45 percent. And the competition is limited. Just four main companies in the world provide the broad hardware capacity for this: Ericsson of Sweden, Finland’s Nokia, and the Chinese firms Huawei and ZTE.

“We had four different companies that bid on the project,” Nettles said. “And ZTE’s price was about 50 percent. I guess you can say they bought their way into the market.”

ZTE machines live in cabinets at Pine Belt’s 60-some cell towers, each more than 20 stories high, as well as at the network’s nerve center in Selma, which he calls “the core.” To Nettles, the Chinese hardware has performed well – mostly.

“Every now and then we run into some language barriers,” he said with a chuckle. “I don’t speak Chinese. They don’t speak South Alabama that well. But by and large it’s been a good relationship.”

But regulators in Washington may end these types of relationships, as they mull a ban on telecom gear deemed risky to national security. Last February, FBI Director Christopher Wray testified before a Senate intelligence panel and was asked about the possibility of mischievous hardware from China.

Much of the fear has focused on telecom gear installed with surveillance “back doors” to capture communications data surreptitiously. Huawei representatives have repeatedly claimed Washington has never provided evidence of Chinese cyber-shenanigans. And they’ve thrown the accusation back at the U.S. National Security Agency. An NSA document leaked by former agency contractor Edward Snowden suggests the NSA intercepted and installed “back doors” on Cisco telecom equipment.

But to many in the intelligence world, you don’t need a smoking gun. They argue Chinese telecom firms have tight links to Beijing, as well as the means to disrupt. One potential surveillance route: software updates to telecom network gear.

“Huawei, ZTE or other Chinese companies – they could introduce a software update that would add malicious functionality to the device,” said Charles Clancy, an engineering professor at Virginia Tech who once worked for the NSA.

“One of the major applications of autonomous vehicles is long-haul trucking,” Clancy said. “So if you have the ability to track that, there’s intelligence value there.” And, he adds, you could hack and track cars – connected to 5G networks — carrying spies.

This type of communications surveillance is something many countries already do, according to retired Air Force General Rob Spalding. He directed strategic planning at the Trump White House until 2018 and authored a leaked memo on 5G wireless security that described China as “the dominant malicious actor in the Information Domain.”

“A state adversary can get access to just about any system they want to,” Spalding said. “That’s the reality of computing and networking today.”

To Spalding, American data is as critical a commodity as American oil. Data are at the center of defense, finance, and industries of the future, like artificial intelligence.

“Competition and really conflict in the 21st century is far more about ones and zeroes and dollars and cents than it is about bombs and bullets,” Spalding said.

The United States isn’t the only government wary of Chinese telecom equipment. Bans are in place, or under consideration, in Australia, New Zealand, Japan, South Korea, Germany and the United Kingdom.

Still, telecommunications and internet networks without ZTE and Huawei could come at a cost: They could underperform.

“Huawei is currently the only global company that makes the entire end-to-end supply chain of 5G equipment,” said China cybersecurity scholar James Mulvenon of the national security contractor SOS International, and co-author of “Chinese Industrial Espionage.” “So one of the technology trade-offs is you’re not getting access to some of the most advanced 5G equipment in the world.”

And that could leave the U.S. telecom industry behind in the global 5G race.

“It’s a way of sort of obsolescing out other parts of the world,” Mulvenon said.

Parts of the world like rural Alabama. At Pine Belt Communications, Nettles said if he’s forced to replace his Chinese equipment, it would cost millions that he doesn’t have and delay future upgrades.

“So it kind of puts you behind,” he said. “It’s like getting penalized on the kickoff.” 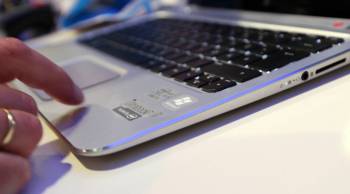