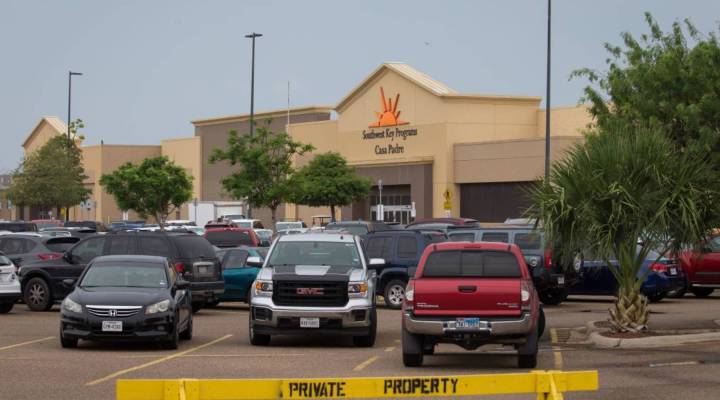 I visited a detention center called Casa Padre in Brownsville, Texas that used to be a Walmart. It’s run by a nonprofit, Southwest Key, and it’s currently housing about 1,500 children who were detained at the Texas/Mexico border. Some of those children were separated from their parents when border protection officials captured them.

I wasn’t allowed to enter the building or speak with any of the children in custody, but I ran into Rojelio Núñez, a native who helps run a nonprofit in Brownsville called Casa de Proyecto Libertad. He pointed to the hundreds of cars in the parking lot and noted that the facility employs thousands of people, but is still overwhelmed.

“Training thousands of workers to work 24/7 with children in a detained atmosphere can become difficult if you don’t know what to do,” Núñez explained.

The government can release truth vs. myth documents and tell the public that it is trying to reunite kids with their parents and treating them well, but Núñez said that the logistics of the situation don’t make that realistically feasible.

In March, the Trump administration ordered prosecutors to charge every person illegally crossing the border and separate children traveling with their parents. The children would be placed in detention centers like Casa Padre. The adults are housed in cells surrounded by tall metal fencing. Many have likened the facilities to a warehouse with cages housing different groups of people.

“The mothers don’t know where their kids are,” Núñez said. “And these kids, how are they going to call their mother who is in federal custody?”

Núñez said one of the strategies of Immigration and Customs Enforcement (ICE) is to move people who are detained throughout the nation.

I witnessed that first hand in federal court on Monday. I was in a court proceeding where 55 people had been detained for trying to cross the Rio Grande river over the weekend. It was a massive guilty plea put forward by one public defender. With five of the detainees, Judge Ignacio Torteya III made a point to say, “I understand you were traveling with your child,” and told these people that it was his “understanding that they would be reunited with their child before being deported home.” But his language was deliberately vague. He couldn’t guarantee anything to these adults.

What happened with one detainee was surprising, however. When a man from El Salvador entered his guilty plea, Judge Torteya asked if he had anything to say before the judge delivered the sentence. He simply asked the judge, “What happened to my son?”

Torteya looked at the public defender, looked at the government’s prosecutor and shook his head. He asked the man how old his son was.

Torteya said he was unaware that the man had been detained with his son and immediately took a recess to figure things out.

During the recess, I heard the man speaking with the public defenders in Spanish and he just kept asking them how this could have happened. At one point, he turned around and looked at me and repeated, “How can this have happened?” All I could do was shake my head.

After the recess, the government’s attorney informed the judge that the child had been staying at the detention center I had visited, Casa Padre. But, to the best of the government’s knowledge, the six-year-old had been transferred to a different facility in San Diego.

Judge Torteya then told the government’s attorney that he found it “mind boggling” that the government, a bureaucracy that normally takes a long time to get things done, would have shipped this child 1,500 miles away from his detained father less than 24-hours after they were detained.

He delayed the Salvadorian man’s sentencing until Tuesday morning and tasked the government to figure out what went wrong.