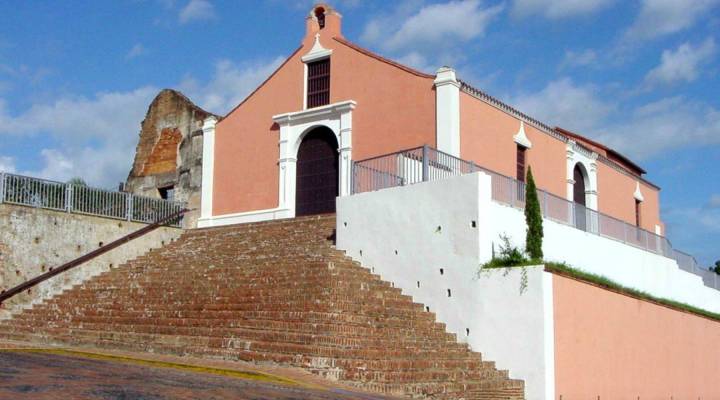 2017 was full of natural disasters. They didn’t seem to let up — fires in California, floods in Texas, hurricane after hurricane in the Caribbean and on the Gulf Coast. The media moved on quickly, but recovery efforts are long from over. We talked to local officials in five American cities and territories about their hopes and objectives in the coming year. Check out our entire series.

The town of San German, Puerto Rico, in the southwestern part of the island, is one of the oldest living towns in Puerto Rico. It was founded in the early 1500s. A church, the Porta Coeli, built in 1606, still stands in the main square.

Hurricane Maria made landfall in Puerto Rico on Sept. 20. A few days later, Isidro Negron Irizarry, the mayor of San German, sent a message to the governor of the island via YouTube, pleading for help for his city.

“The message you’re giving the public is not what your central government is carrying out,” he said in Spanish. “Please, San German exists on the map. Give us the help we’ve asked for.”

We spoke to Negron Irizarry in the last week of November to check on the city’s recovery. Asked whether he was satisfied with the pace of recovery, he said:

On Thursday, over three months after the storm, the Federal Emergency Management Agency opened a disaster recovery center in San German to help the 8,000 people the mayor said applied for help in his city.

The Sangermeños work in a variety of businesses in the city. San German has two hospitals and the first private university on the island, the InterAmerican University. The city’s industries include silverware manufacturing and research laboratories.

“Tourism is also one of them,” Negron Irizarry said, “and thanks God all the museums not be affected, and we are preparing for next year, to receive more tourism than this year.”

But other sectors of the local economy of San German did not do so well. Take agriculture, for example.

“We need two or three or four years to recovery with some plantations, as coffee, plantains … but they are working, again, to start to have the products for the people. But I think that it’s going to have four, five years to recovery.”

The lights and water were mostly back on in late November, but the first few days after the hurricane, the mayor said, the priorities in his town were to clear the roads.

“Since the first moment, we start cleaning the roads, first to go to the hospitals, and working hard on all the roads with the help of the people in different neighborhoods,” he said.

And right now, recovery is on everyone’s minds.

“We’re working hard, we’re not going to drop our arms,” Negron Irizarry said. “We’re going to working hard to develop San German, to put San German at the same manner that it was before the hurricane.”