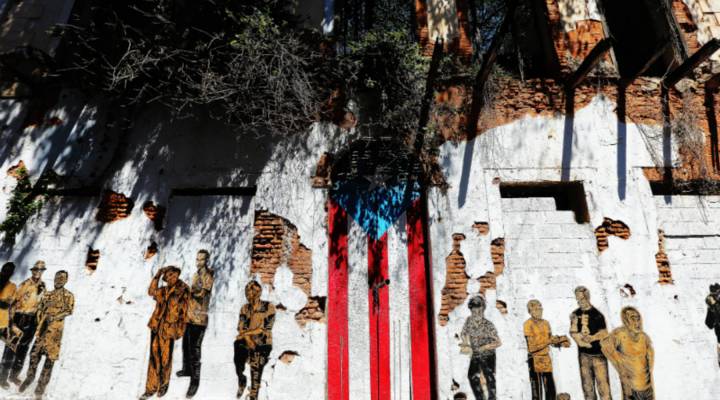 A U.S. judge has approved a restructuring deal to address some of Puerto Rico’s massive debt. Not including pension obligations, the island owes creditors at least $72 billion. This particular deal addresses just $4 billion, but it could pave the way for the island to start emerging from years of loan defaults and fiscal insolvency.

Puerto Rico’s not a state. And as a territory, it doesn’t have the ability to file for bankruptcy. This consensual debt restructuring agreement is a deal that was worked out between Puerto Rico’s Government Development Bank and its various creditors: hedge funds, municipalities and local credit unions.

This deal is an important first step in restructuring the island’s debt, said Cate Long, founder of a debt research firm on the island, Puerto Rico Clearinghouse.

“It partitions a very complex process into individual pieces that can be resolved without all the other competing noise around it,” Long said.

It’s another step in the process set in motion by the Puerto Rico Oversight, Management, and Economic Stability Act (PROMESA), a law passed two years ago to combat the Puerto Rican government debt crisis.

Long pointed out that $4 billion out of the $72 billion is under 5 percent, but because this agreement restructures the Government Development Bank, which oversaw the island’s debt transactions, Puerto Ricans on the island will directly see the benefit of this deal.

“There were many Puerto Rican savers that had exposure through their credit unions,” she said. “So this debt deal ensures something. They won’t get it all, they’re only getting about 55 percent recovery, but that’s certainly better than zero.”

José Caraballo-Cueto, an economist at the University of Puerto Rico, said contractors and others rebuilding the island have cash right now because of federal recovery money after Hurricane Maria. They’re paying taxes to the Puerto Rican government which is helping refill the island’s coffers that the government can use to start repaying the debt. But he’s worried about what happens when that money dries up.

“If we don’t look for sustainable agreements, that is going to deepen this economic crisis and we’re not going to see an economic recovery for many years,” he said.

Caraballo-Cueto said without real economic growth, beyond hurricane recovery, the cycle of debt on the island is bound to continue.