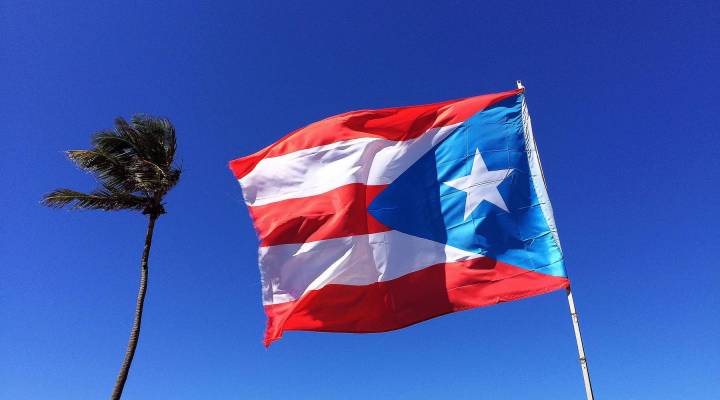 Editor’s Note: Andy Uhler went to Puerto Rico to find out how the territory’s $72 billion debt crisis is affecting its residents. This is the fourth part in our series.

Carolina, Puerto Rico is a town just east of the capital, San Juan. The town’s claim to fame is that baseball Hall of Famer Roberto Clemente was born here. Most Sundays, the Andujar family gets together to eat and drink and tell stories.

Ivan Andujar is 28 years old and works at Banco Popular – the largest bank in Puerto Rico. He got an accounting degree in the U.S. and came back to the island to start a family. He and his wife, Karen, have a two-year old. He said he sometimes thinks about going back to the mainland and they’ve even come up with a budget to do it.

“The number one, the main reason I would leave Puerto Rico is education for my kids,” Ivan said.

Under pressure from hedge funds that own a lot of Puerto Rico’s debt, the island has closed public schools, reducing university subsidies and laying off teachers. Ivan knows he’s lucky to have his job, but his family is still living month-to-month.

“I really believe that it’s getting to the point that everybody’s desperate,” he said. “You can feel the desperation in the streets, you can feel it. It’s hard to live here.”

Ivan’s wife, Karen, also works at Banco Popular. She has a marketing degree and works as an assistant to the bank’s financial division – the stock brokers. A lot of her job is answering phone calls from people asking the same question as the hedge funds – are they going to get paid interest on their Puerto Rican bonds?

“I just get the complaints and I assist people crying. Most of them are Puerto Ricans. I’ve seen a lot of people who have lost millions of dollars,” she said.

The island is buried in debt because it borrowed beyond its means. Money kept coming in because its bonds are tax exempt – even for mainland investors. Karen said not even the people whose job it is to know what’s going to happen in the markets have a guess as to Puerto Rico’s future.

Karen is six months pregnant. Puerto Rico’s been in a debt crisis for 10 years. She says she just hopes they’ll be done talking about the island defaulting on loans by the time her kids are old enough to know what’s going on.