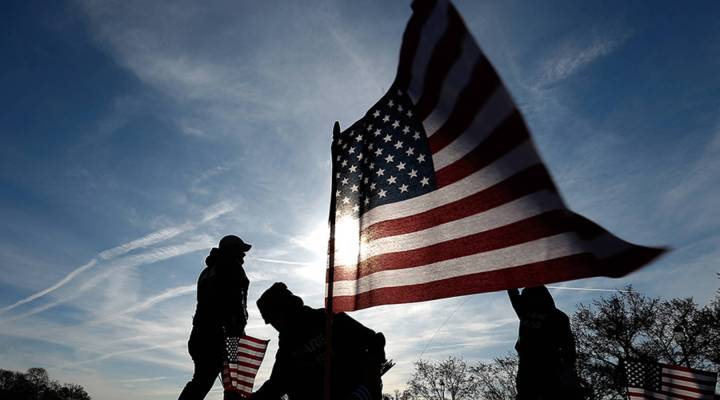 There are more than 21 million former service members in the U.S. and about half of them use the GI Bill to pay for higher education. President Donald Trump updated those benefits in August, signing the Harry W. Colmery Veterans Educational Assistance Act (what’s now being called the “Forever” GI Bill). Instead of a 15-year time limit, this new bill lets recent veterans access money for college throughout their lives.

Capt. Mike Gonzalez, 31, served eight years as an Army medevac pilot, flying injured soldiers out of combat zones and watching doctors save them.

He was captivated by “being able to witness these things firsthand that are just astounding,” Gonzalez said. He realized that he wanted to “be able to put my hands on patients and treat people.”

So, when he finished active duty in December 2016, he enrolled at the University of Texas at Austin. Gonzalez already held a bachelor’s degree in kinesiology, but he’s using the GI Bill to take undergraduate biology and other prerequisites for medical school.

“In the long run, I’m hoping to maximize that benefit in medical school, which is going to cost significantly more than undergraduate coursework,” he said.

A look at the income distribution of veterans.

Screenshot via the U.S. Census Bureau

The GI Bill gets Gonzalez and other veterans who meet the service requirements up to $22,000 in tuition a year. Gonzalez said he’ll certainly need loans on top of that for medical school, but the new bill loosens restrictions on how and when veterans use their benefits. If he needs to, Gonzalez can take a job for a few years and not worry about his benefits expiring.

“That allows greater flexibility,” Gonzalez said. “Everyone likes to have that.”

Under the new Forever GI Bill, that flexibility applies to anyone released from service after January 2013.

Veteran advocates say the changes better reflect modern realities. The original GI Bill, the Servicemen’s Readjustment Act, was passed in 1944 as a way to help soldiers who were mostly teenagers when they began service and who had mostly been drafted.

“So we needed some kind of legislation to guarantee that these men coming back would have something to do and that they’d be able to buy homes,” explained Jeremi Suri, professor of history and public affairs at UT Austin.

A look at the age distribution of veterans.

Screenshot via the U.S. Census Bureau

Suri said today’s soldiers are volunteers, many of whom already have degrees. They may serve for years as reservists or be career soldiers who take several tours of duty. For them, GI Bill benefits could be more about career advancement or retraining.

“We’re saying, ‘Come into the military, serve your country and over the long term, you’ll have these very important platinum benefits that will allow you to become a better citizen and a better contributor,’” Suri said.

The Forever GI Bill not only extends the timeline to use higher education funds, it also includes more soldiers, like reservists who had been ineligible and all post-9/11 Purple Heart recipients, regardless of how long they served (the old bill required three years of service). The expanded benefits will cost about $3 billion over 10 years.

There was talk of re-opening education benefits to all veterans who’d never used theirs, regardless of when they served, but that would have cost $1.4 trillion.