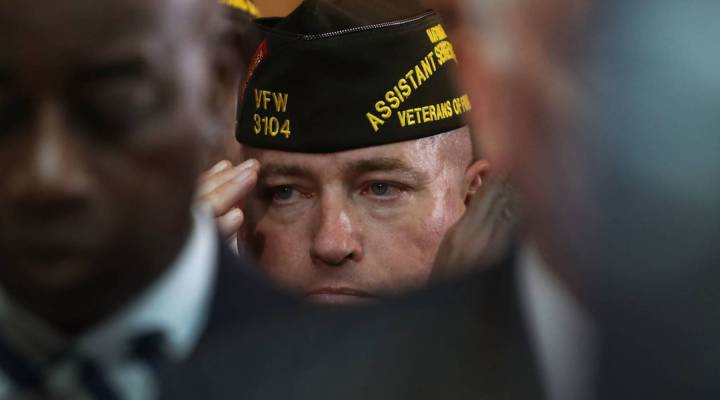 The U.S. marks another Veterans Day this weekend, with Americans preparing to honor the more than 20 million veterans who have served to protect their country. Veterans made headlines earlier this month when the Department of Labor announced that the veteran unemployment rate dropped to a record low of 2.7 percent.

However, there is more to veterans’ economic well-being than that figure from the headlines. Let’s take a closer look:

The main reason the headline numbers don’t paint the full picture is because they are based mainly on veterans who currently participate in the labor force. There are two ways people can participate in the labor force. One is by working, in which case they count as employed. The other is by actively searching for work. Those who are available to work and have actively looked for a job in the last four weeks are counted as unemployed. Those who are unemployed and not looking for work are not counted as unemployed by the Department of Labor and are therefore not counted towards the unemployment rate.

The labor force participation for U.S. veterans is 49.7 percent, which means that more than 10 million veterans are currently not working or actively looking for work. Some of those veterans are retired, some might be on disability and others might be currently in school. All of these are reasons why someone might not be counted as part of the labor force. However, there are other veterans who have given up on finding a job altogether.

Similarly, the Department of Labor does not break down its employed figures. In October, more than 9.9 million veterans were employed.

However, nearly a third of veterans are underemployed, according to a new study from ZipRecruiter and Call of Duty Endowment, a nonprofit foundation helping veterans find jobs. This means they are working a job that they are overqualified for.

“Underemployment appears to disproportionately affect veterans, impeding their economic success after military service,” said Phillip Carter, one of the study’s co-authors and a former U.S. Army officer who directs the Military, Veterans and Society program at the Center for a New American Security. “However, current government statistics barely notice the underemployment phenomenon, and do not begin to constructively address it through improved training, job search and network programs, among other approaches.”

Last year, the U.S. Chamber of Commerce Foundation survey found that 44 percent of veterans left their first post-military job within a year — often because the veterans didn’t feel they were the right fit or because they struggled to find a sense of purpose in their job.

Underemployment is usually a different way to describe someone with experience working in a low-wage job. Low-wage jobs are usually paid close or at minimum wage. The federal minimum wage has been stuck at $7.25 since 2009.

According to the Economic Policy Institute, one in five veterans — or 1.8 million veterans — are currently paid less than $15 an hour. Who are these low-paid veterans? Two-thirds (66 percent) are 40 years old or older, 61 percent have college experience and 69 percent work full time.