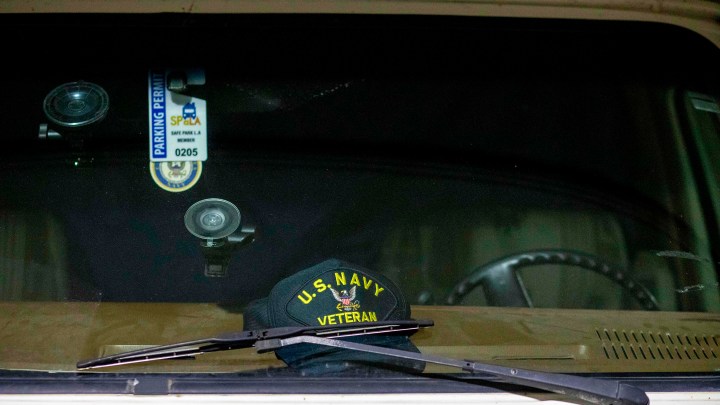 COPY
The Department of Housing and Urban Development announced this week it is giving out $46 million more in rental assistance and housing vouchers to help veterans at risk of homelessness. Kyle Grillot/AFP via Getty Images

The Department of Housing and Urban Development announced this week it is giving out $46 million more in rental assistance and housing vouchers to help veterans at risk of homelessness. Kyle Grillot/AFP via Getty Images
Listen Now

The Department of Housing and Urban Development is giving out $46 million in rental assistance and housing vouchers to help veterans at risk of homelessness. It comes at a time when many people are about to lose their housing as eviction moratoriums end.

“So those are real numbers,” she said.

Last year, the program received about $40 million. Shinn said the decrease in veteran homelessness could be used as an example of how to deal with housing security for all Americans.

Steve Berg with the National Alliance to End Homelessness agrees. “But the big difference is that for veterans, they put some serious money behind it,” Berg said.

According to Veterans Affairs, there are currently more than 83,000 veterans using vouchers through the program.