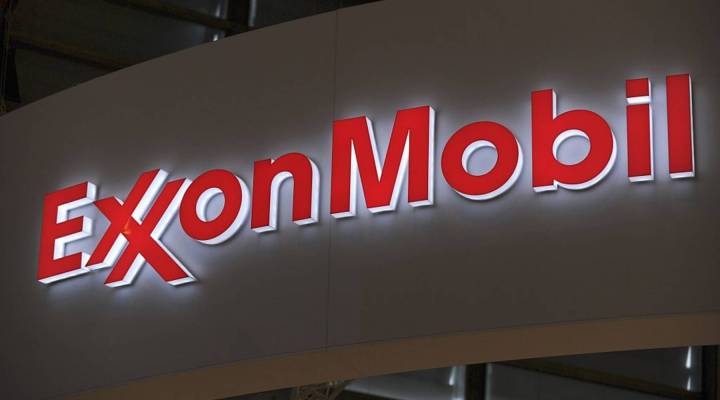 Shareholders want to know all kinds of things about the companies where they put their money. That now includes how companies might address climate change. Investors at Occidental Petroleum and Exxon Mobil voted for more transparency on those issues last month.

While many oil companies have voiced support for the Paris agreement to limit emissions, their business practices are not necessarily in accord. Shareholders want more information about companies’ plans to navigate increased emissions regulation so that they can see whether those companies will remain competitive.

Exxon shareholders recently gathered in a Dallas symphony hall for the company’s annual meeting. The energy giant had strong first quarter earnings. Still, many investors wanted to take the company to task, specifically on whether Exxon will be ready for a world that’s weaning itself from oil.

Nearly two-thirds of Exxon’s shareholders voted to make the company disclose its plans around possible increases in climate change regulation. Some of Exxon’s biggest shareholders — BlackRock and Vanguard — are thought to be the driving force in the climate change vote. Neither company would confirm how they voted.

“How is the company positioned for a lower-carbon economy?” Jenkinson said. “How is its business model going to respond to potential shifts?”

The vote is a nonbinding resolution, but Jenkinson said if Exxon doesn’t comply, shareholders may vote out some of the company’s directors.

“That’s a fairly common escalation tactic that investors will use if a concern that they have raised, that they believe is material for the company, has not been sufficiently addressed,” she said.

One thing the investors want is for Exxon to do a climate “stress test” similar to ones large banks have had to undertake in the aftermath of the financial crisis. Financial stress tests may take a situation like high unemployment combined with drops in stocks and housing prices, and ask whether a bank has enough capital to make it through the period.

Andrew Logan, director of the oil and gas program at Ceres, said many oil companies are already thinking along similar lines when it comes to climate change.

“All you’re really doing with scenario analysis is trying to be creative in thinking about how the future can unfold, looking at existing trends, looking at uncertainties and being thoughtful about how those might play out in the future,” Logan said. ”That can be done, literally, with 10 people around a table in a room or it can involve supercomputers and everything in between.”

One well-known scenario already exists for climate change. Pretty much the whole world, with the recent exception of the United States, has agreed to keep global warming to less than 2 degrees Celsius. That would take big cuts to carbon emissions, which in turn would necessitate burning way less oil.

Logan said Exxon is sticking with old models and ways of thinking. For instance, he pointed out that it’s the last remaining large company in the carbon-intensive oil sands business.

“Clearly, they are planning for a different kind of future than most of their peers, and I think that is what is raising concerns among some of their largest investors,” Logan said.

It isn’t clear how energy companies can convince their shareholders they are taking necessary actions, because there are no industry standards for disclosing climate risks.

That is changing, however. The Task Force on Climate-related Financial Disclosures, a group created by the international Financial Stability Board has finalized new recommendations on how companies should disclose their climate change risks.

“This is a business issue, not a political issue, and we want to make sure businesses are aligned and well informed,” said Curtis Ravenel, a member of the task force’s secretariat.

The task force wants companies to do robust scenario analysis and disclose those risks at least annually in their public financial filings. Ravenel said companies measure risk around all sort of things already. Given the world’s direction on carbon, adding climate change makes sense.

Correction (July 20, 2017): A previous version of this story failed to attribute a quote to Andrew Logan.