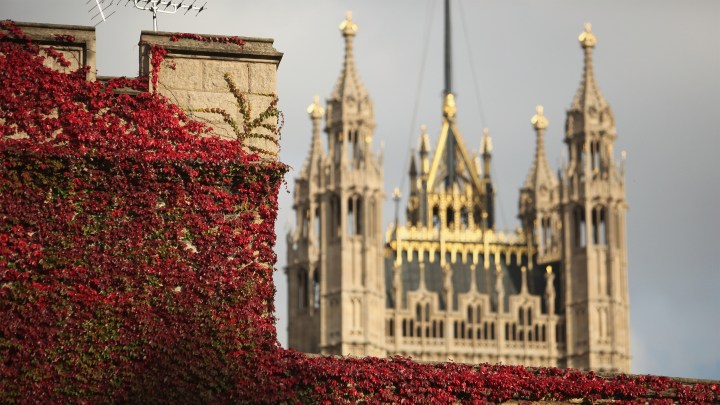 The British government has committed to making the UK the first major economy to commit to zero carbon emissions by 2050.

But it’s not the only arm of the British state that’s taking a keen interest in climate change. The Church of England is also making a name for itself as a climate campaigner.

England’s established church, which is also the mother church of 85 million Anglicans around the world, has clashed with the board of Exxon Mobil over climate protection issues. The church owns an $8.3 million stake in the oil giant. At the company’s recent annual shareholders’ meeting, it tried to introduce a motion to force Exxon Mobil’s board to adopt concrete carbon reduction targets.

The effort failed. The Securities and Exchange Commission ruled that the church’s motion was an inadmissible attempt to micromanage the company. But the crusade continues.

“All we were asking Exxon to do was to set targets for emissions associated with its business for the short, medium, and long term,” said Edward Mason, head of responsible investment for the church. “And that remains our aim.”

Mason and his team work in offices behind Westminster Abbey, managing the church’s $10 billion investment fund.

“Our job is to maximize returns for our beneficiaries in line with our ethical and responsible investment framework,” he said. But won’t his environmental campaign jeopardize returns?

“No, not at all,” Mason said. “We would be jeopardizing returns if we weren’t seeking to encourage companies to transition to a low-carbon economy.”

The fund manager and his colleagues believe that if the fossil fuel industry fails to adapt to the fast-changing political and regulatory climate, it will suffer dire financial consequences. What’s more, the low-carbon economy offers new business opportunities, they say, and believe that protecting the environment is the same as protecting the church’s investments.

But some ardent climate campaigners argue that the church should take a different tack. At an anti-Trump rally while President Trump was in London last week, climate activist Beverley Schram said the Church of England should sell its Exxon shares immediately.

“That would set an example to everybody because the church is a very respected institution,” she said.

“The church should divest now. That would send a very, very powerful message to the companies and the politicians,” he said.

Theresa Burns, another protester, said she felt it was wrong for the church to profit from fossil fuels.

“Dump the stock now,” she said.

The church says it has dumped stock in the worst polluters: coal and tar sand companies. But for the other carbon emitters in in its portfolio, it prefers a policy of constructive engagement. It has told the companies that if they fail to commit to curbing their emissions, the church will begin selling off their stock next year and divest completely by 2023.

The church is chalking up negotiations with Royal Dutch Shell as its biggest success to date.

Like Exxon, Shell once refused to commit to carbon reduction targets. But late last year, under pressure from shareholders, the company finally agreed to a 20% cut by 2035 and a 50% cut  by the middle of the century. It even made the payment of executive bonuses dependent on progress towards those targets.

The Anglo-Dutch giant is now investing $2 billion a year in cleaner alternative energy, like hydrogen, and recently bought a major battery manufacturer.

“We found that sweet spot, where there’s a long-term interest of investors for a company like a Shell, moving from an oil company to a gas company to a renewables company,” said Adam Matthews of the Church of England Pension Board, who led the negotiations with Shell.

He points out that he wasn’t only bringing the moral authority of the church to bear on the company.

“I had $33 trillion of assets behind us in those discussions,” Matthews said.

That extraordinary sum is the combined value of the assets managed by a coalition of fund managers, of which the church is now a leading member. It’s called Climate Action 100+ and includes 320 investors from around the world.

“Climate Action 100+ is a sleeping giant that is seriously waking up here,” Matthews said. “If you’re a carbon emitter, and you’re confronted with a group representing $33 trillion, you’ve got to listen. You’ve got to seriously engage.”

Britain’s offshore oil and gas industry certainly seems to have gotten the message. Oil and Gas U.K., the leading trade body, says it does not see Climate Action 100+ as a threat, and is eager to talk about “transition” and “the opportunity to become part of the solution to the problem of atmospheric CO2.”

The group’s communications director, Gareth Wynn, told Marketplace: “We have to ride two horses. We have to produce the oil and gas that the U.K. is going to need for its security of supply and for our standard of living. But at the same time, we want to play a big part in the low-carbon future.

“We’ll need to do carbon capture and storage, probably supplying hydrogen, as well,” Wynn said. “Managing, transporting and storing gases are things that our industry is really good at.”

While the Church of England and its allies in Climate Action 100+ are making headway in Europe, they’re meeting major obstacles elsewhere.

For all their financial firepower, the crusading investors are powerless to pressure the biggest carbon emitters of all: state-run power plants in China. And, as with Exxon, they face an uphill struggle in the United States.