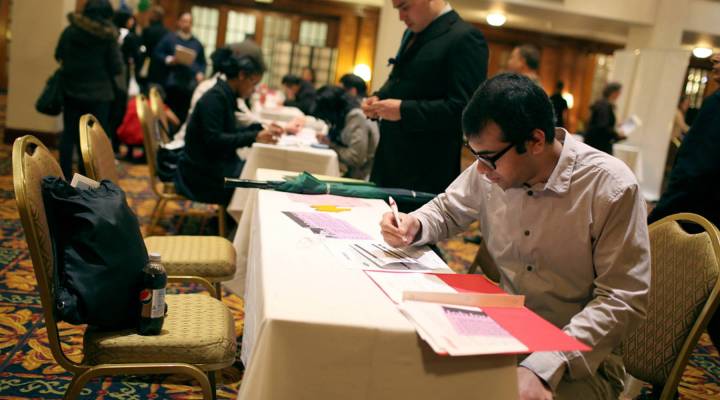 In August, U.S. employers added 151,000 jobs and the official unemployment rate remained at 4.9 percent, according to the Bureau of Labor Statistics.

While the figures didn’t meet economist predictions, job growth has been robust over the last couple of months. July saw an increase of 275,000 jobs and June had a gain of 271,000.

The job numbers and the GDP numbers are a tale of two economies, said Burns McKinney, an analyst with Allianz’s NFJ Investment Group.

“So the question becomes: Which one is more accurate?” he said.

The labor market has been relatively strong, McKinney said. And in terms of economic growth, he explained that the reality may be better than what the numbers suggest.

GDP grew at a lackluster 1.1. percent rate in the second quarter, but “consumer spending does remain strong,” McKinney said.

He said economic growth is connected to employment and labor productivity. Because this summer’s employment numbers have been solid, “that means productivity may be weaker than what we’ve been giving it credit for,” he said.

“It’s a little circular where they [businesses] look at the low-growth environment and why would you invest if growth is only going to be at 1.5 to 2 percent?” House explained.

Low inventories have also slowed growth. Businesses, however, are expected to restock their warehouses soon, which will boost the GDP.

“We do think it [the GDP] will pick up from the pace we’ve seen in the first half of the year,” House said.

The increases will be modest, she said, but they will at least get closer to coinciding with the job numbers.