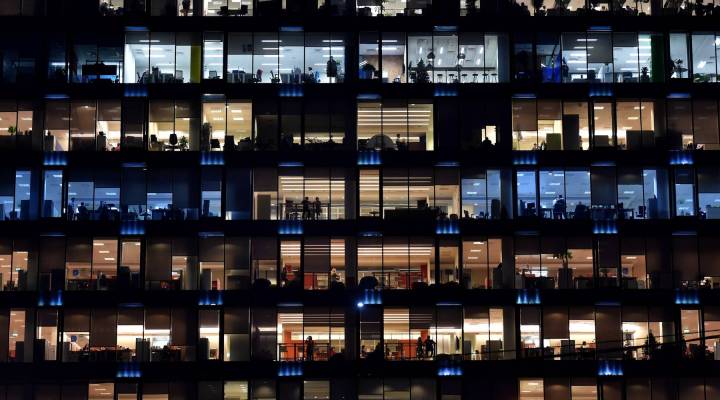 Economists use gross domestic product to measure how quickly the economy is growing, but it doesn’t tell us everything.

GDP “measures the market value of the goods and services a nation produces.” That’s the wonky description from the Bureau of Economic Analysis at the Department of Commerce, which puts out the number each quarter. You often hear it expressed in terms of “GDP growth,” which was 2 percent in the first quarter of 2018. That growth number becomes shorthand for how quickly the economy is growing, and is used to compare the economy of one country to that of another’s.

GDP includes several components, things like personal/consumer spending, business spending, government spending, imports, and exports. But it leaves out the value of some things as well. For example, if you take care of your aging parents, you are “working” but maybe not earning any wages, so that doesn’t get counted.

When GDP is growing quickly, you often see more jobs, rising wages, and better profits for businesses. This is one of the reasons why the Trump administration has been working towards getting GDP to hit 3 percent growth.

Most analysts think GDP will hit or surpass that target in the second quarter of 2018, the period covering April to June, with expectations GDP will hit between 4 percent and 5 percent for the quarter. That’s partly due to steady growth in the economy, but also to some unique elements of the quarter. Maya MacGuineas, president of the Committee for a Responsible Federal Budget, said extra stimulus coming from Washington policy decisions really start to show up this quarter.

“First, through big tax cuts,” she said, referring to the Tax Cuts and Jobs Act signed into law in January, “Then, through big spending increases. And there are also some changes, things to do with trade, that may bump up those numbers even further.”

Flush with extra cash from the tax cuts, some corporations increased spending. Some gave bonuses or wage increases to employees, and many engaged in stock buybacks.

“The boost to the economy from the tax cuts is going to be real, it’s going to be measurable,” said Seth Carpenter, chief U.S. economist for UBS. “However, it’s also going to be temporary and start to peter out after next year.”

When it comes to trade, the Trump administration’s tariffs, and concerns about them, may have changed business behavior in the last few months. Erica Groshen, a senior visiting scholar at Cornell and former commissioner of the Bureau of Labor Statistics, said those changes will likely show up in the GDP numbers, but not necessarily in the long term.

“You might see a bump … if you saw a stockpiling of activity in advance of higher taxes such as tariffs,” she said. Some businesses have been buying up products they expect will go up in price once tariffs take effect, which can show up in GDP as higher business spending.

But UBS’s Carpenter warned that, though he expects the Q2 GDP numbers to be good, it is just one quarter.

“Hanging your understanding of a longer run trend on one quarter’s worth of data is truly a fraught endeavor,” Carpenter said.