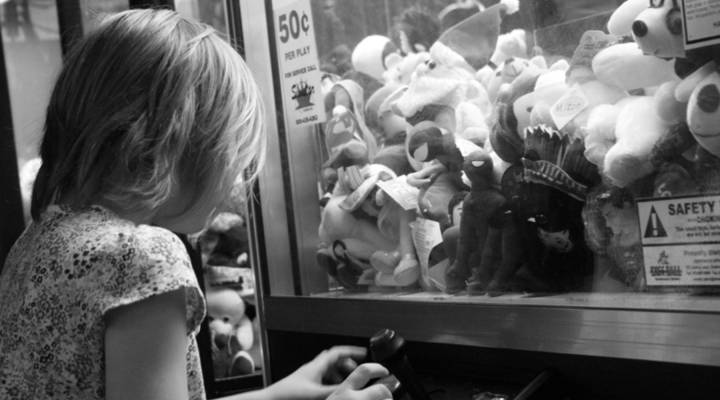 COPY
A majority of Americans think the economy is rigged, according to our Marketplace-Edison Research Poll. theloushe/Flickr
Economic Anxiety Index®

A majority of Americans think the economy is rigged, according to our Marketplace-Edison Research Poll. theloushe/Flickr
Listen Now

We asked a new question in our Marketplace-Edison Research Poll — this time, whether the U.S. economy is rigged in favor of certain groups.

Almost 71 percent of the people we polled said yes.

I visited a family in Long Island to find out why people feel this way. The streets in their town of Franklin Square are lined with cozy, Cape Cod-style homes.

She’s 24. She just graduated from college with a business degree. She’s now living at home and working at Barnes & Noble. She’s convinced the economy is rigged.

“Yeah – how could it not be?” she asked. “It’s geared toward a certain demographic.”

Singh Shergill said that demographic is the wealthy. I ask her and her mom, Cheryl Friedman-Singh, another question on our survey.

Does Wall Street do more to help or hurt the lives of most Americans? Alexandra said it does both. Her mother insists it hurts.

In fact, 69 percent of our poll respondents who said the economy is rigged also said Wall Street hurts Americans.

Even though she agrees, Friedman-Singh still said her daughter is more jaded than she is, and even as a little girl,  just knew people couldn’t be trusted.

“Oh yeah, she knew it,” Friedman-Singh said, laughing. “I wasn’t like that!”

Alexandra said maybe she is a little jaded about the economy being rigged. Because she grew up during the financial crisis. She says it polarized her generation into go-getters and those who’ve given up.

“They’d rather just live in a delusion in their bedroom than go out and get something,” she said.

“For younger Americans that unease is tied up with an idea that this may be the permanent state of affairs and we’ll need some serious reforms,” he said.

Alexandra expects bipartisan reforms from Congress and the White House.

“It’s broken. The economy’s broken – fix it,” she said, emphatically.

But even though she thinks the economy’s broken and rigged, Alexandra still believes in the American dream.  It’s attainable, she said. You just have to work a lot harder to get it.