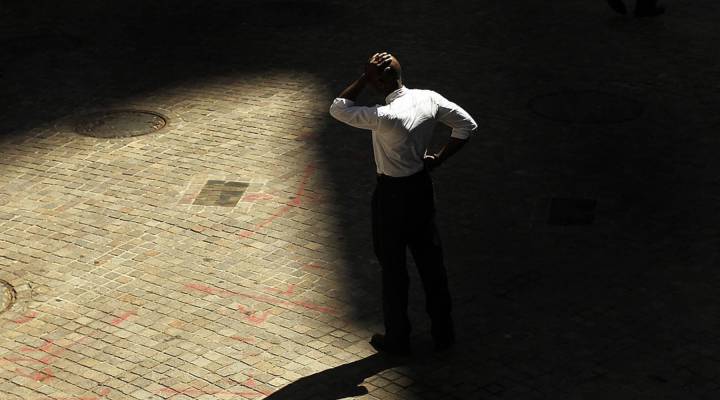 Economic anxiety is on the rise in America.

Results are out from the latest Marketplace-Edison Research Poll, and they reveal a growing sense of financial insecurity among our poll respondents.

Using responses to the Marketplace-Edison Research Poll, Marketplace and Edison Research created the Economic Anxiety Index ®, a number on a scale from 0-100 that is calculated from answers to a battery of questions. The Economic Anxiety Index ®, created using responses to our poll, describes just how stressed out people feel about their personal financial situation.

After this latest round of polling, The Economic Anxiety Index® is 36, up 20 percent from a year ago.