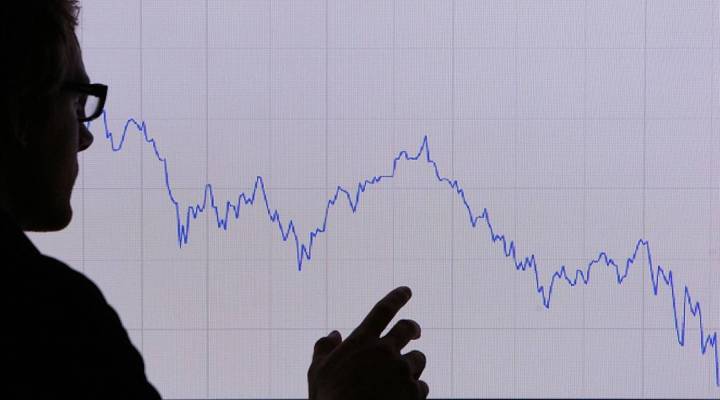 We’re out with a new edition of our national survey, the Marketplace-Edison Research Poll, in which we track how Americans are feeling about the economy.

In one word, anxious.

Larry Rosin is the president of Edison Research, we talked to him about the results:

Why are anxiety levels in this country rising at a time when, generally speaking, the economy is doing better?

This is something we’ve seen pretty consistently in our polling. If you look at a lot of fundamentals that economists put out, and the government puts out, it seems to argue that things aren’t so bad. But when you talk to people about their personal situation, they express a lot of anxiety about their personal economy. And with each wave of the survey that we’ve done, the number continues to go up. People are telling us that they’re, many of them are sort of living on the financial edge. We see people who have multiple obligations, they might have a parent that they have financial obligations to help with, on top of having children in the household, on top of having personal debt, or student loan debt, or a mortgage, and so you see how all of these different stresses can play upon people.

People agree in some ways that trade is at the root of “the evil” so to speak, how is that reflected in the poll?

There’s a very strong majority of Americans who look at deals we’ve made, or their perception of deals that the government has made with regard to trade, and believe that those deals have hurt manufacturing jobs, and hurt them individually. It’s such an interesting part of the political discussion this year, because it’s actually an area that seems to unite both the “Sanders Left” and the “Trumpian Right.” Both groups agree that international trade has not worked out well, for the average American.

People across the political spectrum believe that the American economy is rigged Why?

We actually put the word rigged in the question, “do you believe that the economic system is rigged in favor of certain groups” and an overwhelming majority of people agreed with that, 71 percent of Americans said yes, the economic system is rigged. What was so interesting about it was that it didn’t matter how you looked at the data, pretty much everyone agreed with that statement. Democrats, Republicans, Independents, people of all ethnic backgrounds…no matter which way we sliced through the data, people feel that the economy is rigged.

Earlier in the day, Rosin talked with Marketplace’s David Brancaccio about this idea of a “rigged” economy and how this statement resonated with different groups:

I mean, an overwhelming majority of Americans agree with the idea that the economy is rigged in favor of a small number of people. And that cuts across every layer of society, people of all income levels. Republicans were actually more likely to say the economy is rigged than Democrats. African-Americans by far are the group that is most likely to say the system is rigged as compared to whites or Hispanics. Interestingly, Hispanics were the least likely of the three large ethnic groups.

What’s your economic anxiety level? Take our quiz to find out.