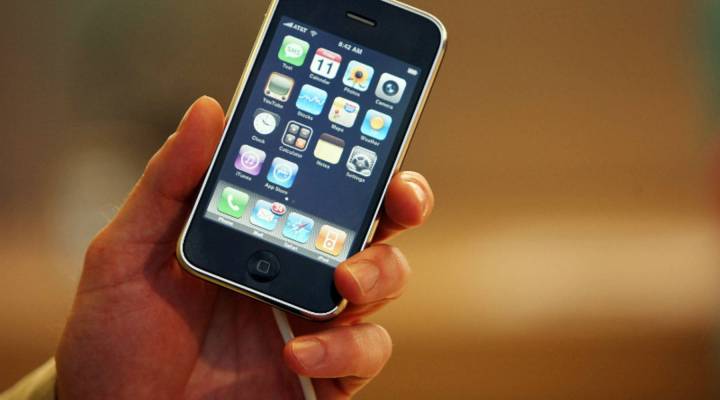 COPY
An iPhone 3G, released by Apple in 2008. The company is currently trying to sell used iPhones in India. Mario Tama/Getty Images

An iPhone 3G, released by Apple in 2008. The company is currently trying to sell used iPhones in India. Mario Tama/Getty Images
Listen Now

Every time Apple unveils a new iPhone, as it did a few weeks ago, millions of old phones end up at the back of desk drawers, recycled or traded in. Apple wants to start selling its stockpile of those used devices in India. But as Bloomberg reported this week, manufacturers in that country are pushing back, saying a flood of second-hand phones would hurt local manufacturers and contribute to electronic waste.

India recently overtook the U.S. as the second-largest smartphone market, behind China, but Apple has less than 2 percent of that business.

The iPhone is out of reach for most people in India, said analyst Jeff Fieldhack with Counterpoint Research. Even the new, smaller iPhone SE launching there Friday will cost around $590.

“It’s by far the most attractive market that Apple has not yet cracked,” Fieldhack said.

That’s why Apple has been fighting to become the first company allowed to import used phones into the country.

“If they can sell a refurbished phone at a lower price point, they’re going to help grow their overall user base,” said analyst Brian Blair with Grays Peak Capital. “They look at that as a customer that they can potentially gain for life.”