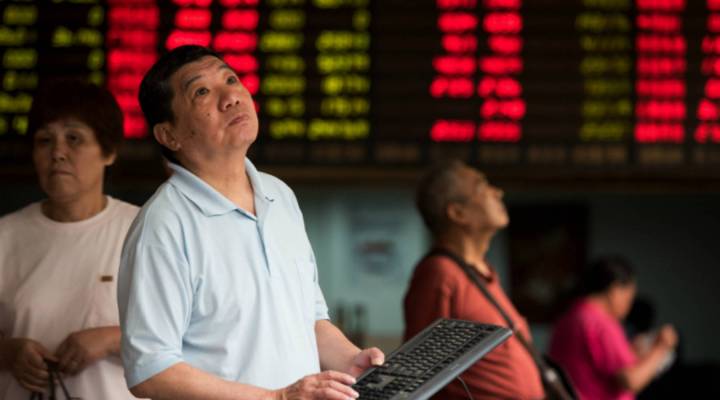 The third day of China’s currency devaluation leaves a lot of questions unanswered. At a press conference, the Central Bank’s vice governor said “trust the market, respect the market, fear the market, and follow the market.”

“Now, I’m not sure which one of those he thought China was doing most, but if I were a betting man I’d pick ‘fear the market’,” says Marketplace’s China correspondent Rob Schmitz.

But China’s actions are contradictory, he says: the government says it wants to use free market forces, but the government fixed the currency depreciation at 1 percent.

Schmitz explains, “it knows that all this free market talk is what global markets what to hear, but Beijing is still very much controlling the value of the currency.”

It’s unclear whether or not China has a plan for all of this, he says.

“Some economists think this is all part of a big strategy to internationalize the yuan, ” Schmitz says. “But a lot of other economists think China’s Central Bank is acting without much of a script.”

He says it’s not just the fact that the government still has some influence over the currency that’s problematic.

Schmitz says, “If they’re working untethered and they’re sort of in panic mode, I think everyone’s going to be in trouble.”