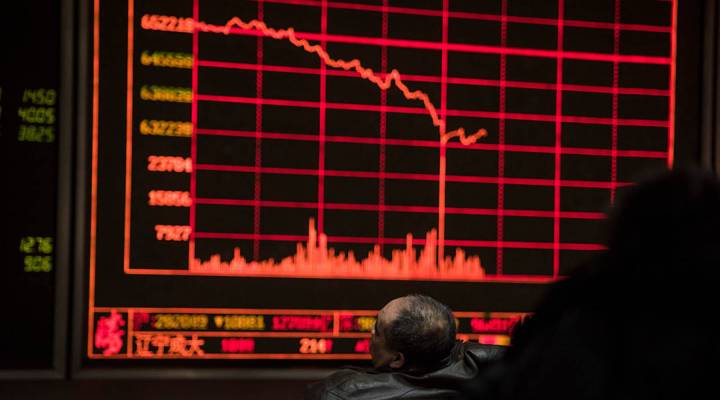 The People’s Bank of China lowered the amount of cash Chinese banks have to keep in reserve by about half a percent early this week. At about 17 percent, that’s still a higher rate than most other countries, but the move will free up more than $100 billion dollars in cash– which China wants the banks to extend to consumers.

The government also allowed the currency to drop just a bit to absorb the excess liquidity, China’s latest move to try to settle things down in its economy. The country’s policymakers are trying out lots of different strategies to combat slowing growth.

Barry Naughton is a professor of Chinese Economy at the University of California, San Diego.

“[Growth] is slowing down because the growth miracle phase is over,” he said. “And so handling that kind of slowdown is really, really difficult for anybody.  When Japan had the slowdown, it stumbled, when Korea hit the slowdown, Korea stumbled, and now, in certain ways, China is stumbling too.”

“China’s policymakers are doing their best…to try to ensure that China’s economy continues to basically grow at a steady pace that’s not necessarily as fast as it used to be but at least it’s still a reliable economy,” said Lee.

That reliability is what the rest of the world wants, said David Dollar, a senior fellow at the Brookings Institution’s China Center. Dollar said Chinese officials are “walking a knife’s edge” trying to stimulate growth without setting off a currency slide.

“The whole world is worried about the devaluation of the Chinese currency,” he said. To calm international markets, Dollar said,  Chinese policymakers have a game plan to “stabilize expectations and capital outflow and now make some monetary moves … So it will be interesting to see if this all works out the way they want.”

China’s economy is so linked with the rest of the world that if it doesn’t work out, global markets and consumers will feel the effects.