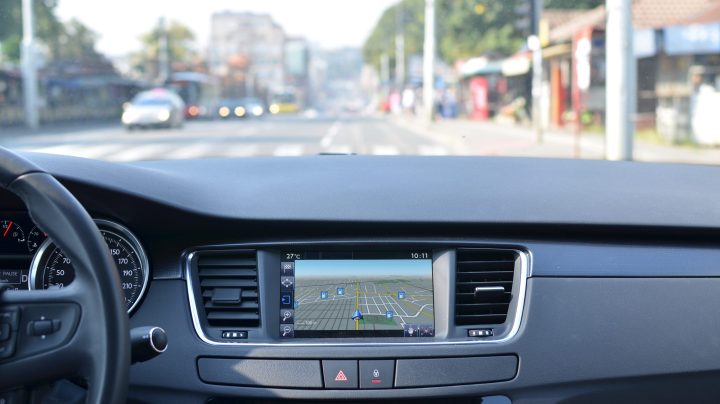 It’s a monster week for corporate earnings, especially in the auto industry. Tuesday we’ll see how General Motors is doing, on Wednesday we get Ford and on Thursday we get Apple. Yes, that Apple.

The tech giant announced last month a new and improved version of something called Apple CarPlay. Instead of just connecting with your car stereo over bluetooth, this version would let Apple’s operating system take over your dashboard.

Apple wants to tell you how much gas you have, how fast you’re going — basically be the OS for your entire car.

That’s a pretty big deal for Apple and the carmakers.

“Auto is a massive industry for Apple because it’s just a further expansion of their ecosystem,” said Dan Ives, who tracks Apple for Wedbush Securities. “Their goal is to be more and more entrenched in consumers’ lives.”

If you’ve ever felt you needed a Ph.D. to understand your dashboard, you know what he’s talking about.

But Hundal said he does fear a future in which the drive to pick up your kid from soccer practice is sponsored by Dick’s Sporting Goods.

“You know, everybody’s looking to monetize these digital dashboards,” he said. “Will you soon be seeing ads in your vehicle? Like, imagine how much that would suck.”

To be clear, Hundal is talking about digital dashboards generally, not Apple’s version. Apple famously makes more money off hardware than ads.

But driver data is incredibly valuable, and carmakers don’t really want to hand it over to Silicon Valley, said Carla Bailo with the Center for Automotive Research.

“Driving behavior, usage behavior — meaning what you are using in the car, what are you listening to?”

She said all of that can be monetized.

And the car companies would rather be the ones doing the monetizing.