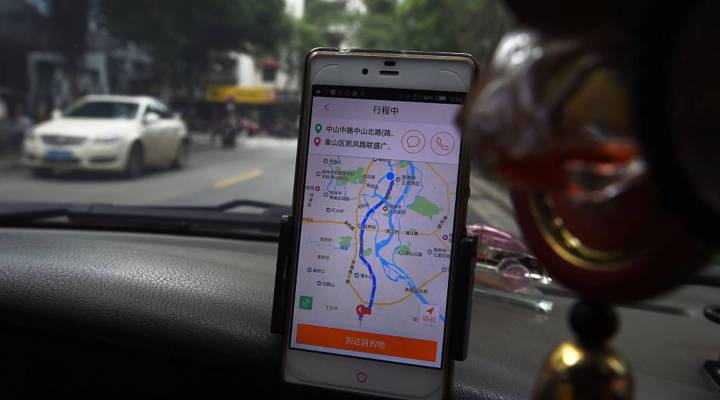 Apple has announced a $1 billion investment in China’s big Uber competitor, Didi, making it the second-largest investment Apple has made in another business.

It’s hard to know exactly what CEO Tim Cook is thinking, but it’s conceivable Apple’s just trying to expand its foothold in the country; sales of iPhones have been slowing down in China, and the thinking goes, the company’s looking for another play.

Another theory is that Apple wants to gather data related to its secretive plan to develop a self-driving car.

Tim Coulling, with tech analysis firm Canalys, said Apple has good reason to want to link up with a company that boasts 300 million users in 400 Chinese cities.

“What this gives Apple is access to a large user base of people within China from which they can harvest data,” he said. Apple may be able to make use of data about driving habits and China’s complicated road system for its mapping functions as well as development of a car.

Derrick Cogburn, an associate professor at the School of International Service at American University, said almost every tech company is in the race for big data that informs product development and marketing. They are “all collecting lots and lots of aggregate data about our patterns and our habits,” he said.

Of course, the move could be about more than one product or product plan. China is a huge market, and Didi has access to both customer information and industry experience. Plus, said Jeremy Carlson, an automotive technology analyst at industry research firm IHS, for Apple to do anything big in China, riding shotgun with a Chinese company is a necessity.

“To operate in China, especially in an industry like the automotive environment, you do need a joint venture, so you do need partnerships,” said Carlson.

For Uber, the whole thing might not bode as well. In a joint release with Apple, the CEO of Didi said the investment is an “inspiration.”