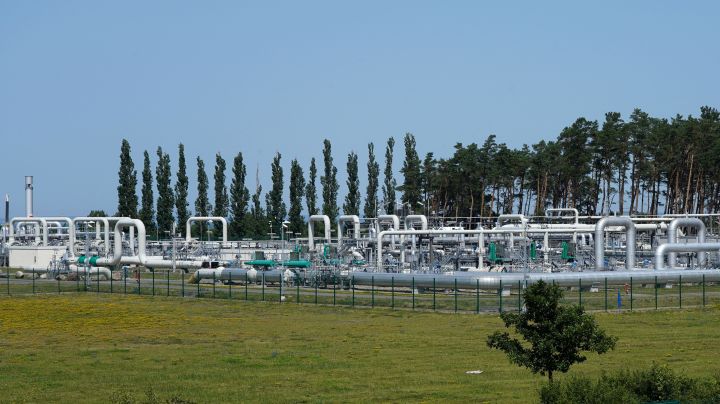 On Wednesday, the European Commission, the European Union’s executive body, proposed plans to conserve natural gas ahead of what could be a difficult fall and winter, geopolitically speaking. Several of the EU’s 27 member nations depend on gas imports from Russia — including the bloc’s largest economy, Germany.

That’s been giving European leaders headaches since Russia invaded Ukraine five months ago. Russian President Vladimir Putin has vowed that his country will meet its obligations to deliver gas to Europe, but leaders on the continent aren’t reassured.

More than a third of the gas Europe imports from Russia arrives by way of a pipeline called Nord Stream 1. It’s been offline for the last few days for annual maintenance. The question now is how much gas Russia will send once it reopens Thursday.

“Europe is facing the reality of Russia using energy as a weapon against all of Europe,” said Dan Fried with the Atlantic Council.

And while it has been hot in Europe, it’s the need for heat in winter that worries many analysts.

“The only way that we can move forward is if we reduce demand,” said Ana Maria Jaller-Makarewicz with the Institute for Energy Economics and Financial Analysis. “That’s the way we can fight this energy war. And every possible strategy to achieve that should be done.”

The EU plan asks members to cut gas use by 15% through March. That would require industry, including electric power companies, to slash gas consumption. But, in an unusual move, the EU is also asking households to use less, per Samantha Dart of Goldman Sachs.

“Residential heating demand normally is considered the protected sector and one that is not normally targeted,” she said.

The worst-case scenario for the Europeans is that Russia doesn’t just curtail how much gas it sends, but stops providing the resource altogether. The goal would be to prompt Europe to abandon its support for Ukraine.

But for now at least, Europe is not bowing to Russia’s demands, according to the Atlantic Council’s Dan Fried. “They’re not going there. And it’s going to be a tough fight this winter.”

Just how tough could depend on how much natural gas Europe is able to store now before it needs it most.