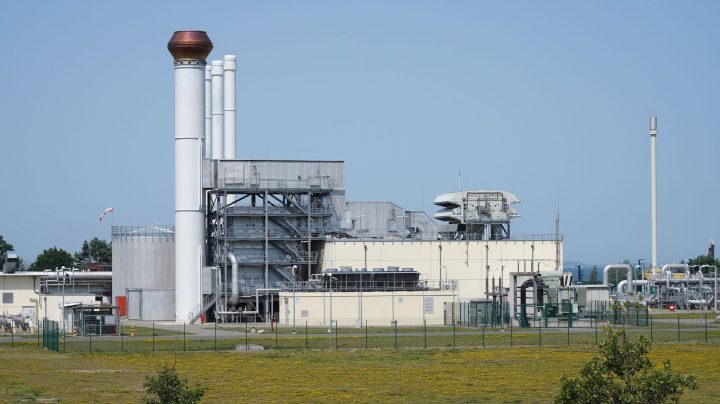 COPY
An industrial plant in Germany that uses Russian natural gas. Germany, the largest economy in Europe, is also the most dependent on the Russian resource. Edouard Merlo/AFP via Getty Images

An industrial plant in Germany that uses Russian natural gas. Germany, the largest economy in Europe, is also the most dependent on the Russian resource. Edouard Merlo/AFP via Getty Images
Listen Now

Leaders in Europe are working to get the European Union’s 27 member countries on the same page when it comes to energy policy. For large portions of their natural gas, many EU nations have long depended on Russia, which began cutting its gas exports to Europe after sanctions were imposed over its invasion of Ukraine.

But the battle over natural gas could get a whole lot worse — keeping the prices Europeans pay high not just this winter, but potentially into 2025.

“The main reason for that is because you have to face this big deficit in supply,” said Samantha Dart, head of natural gas research at Goldman Sachs. “There is gas you just don’t have access to anymore.”

In June, Russia slashed the amount of natural gas it sends to Europe via a key pipeline, the Nord Stream 1, by 60%, Dart said.

There was concern Russia would shut the pipeline down after maintenance this month. That didn’t come to pass. But the EU’s push to get off Russian natural gas is now a scramble.

“You look around for substitutes, and they are just not there,” Dart said.

Dart said that could change as additional supplies of natural gas, especially liquefied natural gas, come online globally. “As more and more production of LNG is available to Europe, then the easier it’s going to be for Europe to manage its natural gas inventories over the course of the summer.”

That’s when nations can build up supplies in preparation for winter, when natural gas is essential for residential heating. But changing the way Europe gets its energy is tricky.

Germany, the largest economy in Europe, is the most dependent on Russia for gas, a problem that was years in the making, said Chris Miller of Tufts University’s Fletcher School.

“There are a fair number of people who naively assumed that Russia would be a reliable supplier of gas, even as the Russian invasion began and the war continues,” Miller said. “That, I think, was never the right way to look at the situation.”

By contrast, some EU countries like Spain, Portugal and Lithuania spent years investing in special terminals that can convert supercold LNG from a liquid back into gas for consumption. Germany didn’t.

As a temporary fix, several floating LNG terminals are set to be built for Germany by the end of this year. In a big move toward a unified strategy, Europe’s leadership this week asked nations to cut their natural gas demand by 15%.

“Europe is trying to get out ahead of the game a little bit. And keep the European member states working together in a coordinated fashion,” said Arjun Flora, director of energy finance studies for Europe at the Institute for Energy Economics and Financial Analysis. Flora called the move a sensible step.

But already, there’s disagreement among EU nations about whether it would be fair to make the gas cuts mandatory, should European leaders decide that.

This moment is proving to be a test of the bloc’s unity.

“Undoubtedly, there will be intra-European fights and struggles, and that could potentially be severe,” said Rudi Bachmann, a professor of economics at the University of Notre Dame.