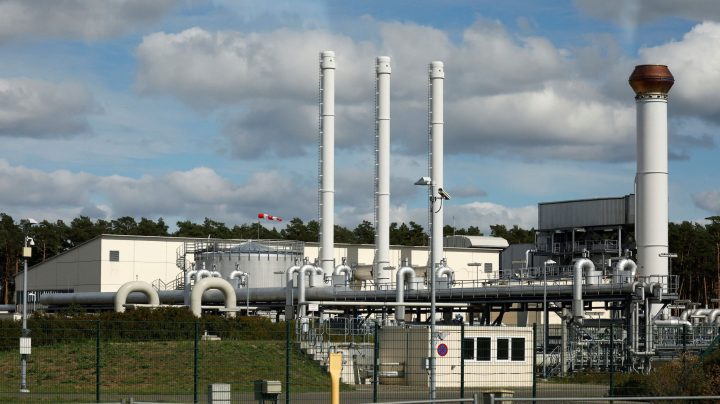 COPY
European countries are attempting to store as much natural gas as possible in case Russia cuts off supply. Odd Anderson/AFP via Getty Images

European countries are attempting to store as much natural gas as possible in case Russia cuts off supply. Odd Anderson/AFP via Getty Images
Listen Now

Russia is set to shut down the Nord Stream 1 pipeline Wednesday for what is being called a few days of maintenance. That pipeline transports Russian natural gas to Europe.

Any mention of “maintenance” these days is fraught with worry because there’s always the risk that Russia won’t turn the spigot back on to gas-hungry Europe, which has tried various sanctions schemes to punish Russia for its invasion of Ukraine six months ago.

The price of natural gas in Europe is almost 12 times higher today than it was at the beginning of 2021. And most European consumers are feeling it.

“The bills are going up and up and up,” said Ana Maria Jaller-Makarewicz of the Institute for Energy Economics and Financial Analysis.

She said Europe is bracing for an even bigger shock once winter begins.

“Lots of consumers will go into energy poverty because they won’t be able to afford all of these gas prices,” she said.

Ahead of winter, some European countries have managed to come close to filling their storage facilities.

That could ease prices, but according to Moritz Kuhn of the University of Bonn in Germany, even full storage tanks won’t solve Europe’s energy problems.

“The reason is that relative to all the demand that we are going to see, they are just too small,” he said.

Kuhn said some European countries, most notably Germany, have invested in finding alternative sources. But they still depend on Russia.

Many are watching to see whether state-owned Gazprom brings Nord Stream 1 back online this weekend as planned, said Daniel Fried, a distinguished fellow at the Atlantic Council.

Russian President Vladimir “Putin loves to keep people guessing. It makes him feel powerful,” Fried said. “And in the short term, right now, he can succeed in doing it.”

France, for one, is preparing for what it calls a worst-case scenario — a complete interruption of Russian gas flows.