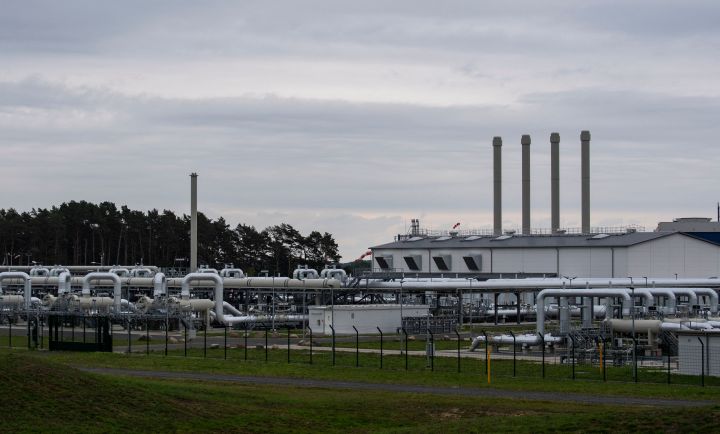 Tensions between Russia and Ukraine have continued to rise in recent days following a buildup of Russian troops at the country’s Ukrainian border. One of the pressure points is Russia’s crucial role in supplying natural gas to Europe — gas that largely travels through Ukraine — and fears that Russia could withhold that gas in the event of military conflict.

Another issue at play is the highly controversial Nord Stream 2 pipeline, which was recently constructed along the Baltic sea to carry natural gas from Russia to Europe, circumventing Ukraine. The pipeline, which is not yet online, could cause Ukraine severe economic consequences.

Arkady Ostrovsky, The Economist’s Russia and eastern Europe editor, spoke to Marketplace’s David Brancaccio about what’s at stake. The following is an edited transcript of their conversation.

David Brancaccio: Let’s talk about international pressure points in terms of energy supply lines. People need to know that key parts of Europe already get a lot of their natural gas from Russia.

Arkady Ostrovsky: That’s right. It’s been a problem for a very long time, since the days of the Cold War. Russia, and before that the Soviet Union, were the major suppliers of natural gas to Europe. Russia exports between 40% to 50% to the whole of Europe. Germany is particularly vulnerable; it gets up to 75% of its natural gas through Russia. And that gas, of course, still goes largely through the territory of Ukraine. And Russia has now completed a pipeline that bypasses Ukraine, over the Baltic Sea, and goes straight to Germany — that’s the contentious Nord Stream 2 pipeline. And so the fear is that in case of a military conflict, Russia might actually cut off its supplies of gas.

Brancaccio: Two can play at that, right? Germany, I think, is keeping open the possibility now that, depending on what Russia does, Germany might support stopping that Nord Stream 2 project, which would make it harder for Russia to make money selling its gas.

Ostrovsky: Correct. It’s not just Germany that is dependent on Russian gas — Russia is also dependent on the sale of their gas to Europe. Russia is making plans and is building pipeline capacity to export it to China, but that will take quite some time — possibly 10 years — before Russia can actually substitute Europe for China as the main market. For now, Europe remains Russia’s biggest market. Russia can not just store this gas — not all of it anyway — so does need to export it, and it needs the revenue. Just to remind you: even at the height of the Cold War, gas supplies were not interrupted. The fact that Putin has now made it sort of an issue dragged into conflict is actually quite new.

Brancaccio: I assume, before we go, you’re paying a lot of attention to all the headlines coming off your phone and your screen?

Ostrovsky: Yes, it has been an extraordinary few weeks and months since Russia’s build up. The truth is nobody really knows what Vladimir Putin is going to do; whether this is a genuine preparation for war. From where I’m looking at it — and I’m looking at it from the point of view of reporting on Russian domestic politics — the logic from the Kremlin’s point of view of attacking Ukraine now is far from obvious to me. That is not to say that it will not happen, but if it were to happen, it would be quite irrational and extremely damaging to Russia’s interests and to the interests of the Kremlin itself — which is what makes the story so hard to decipher.