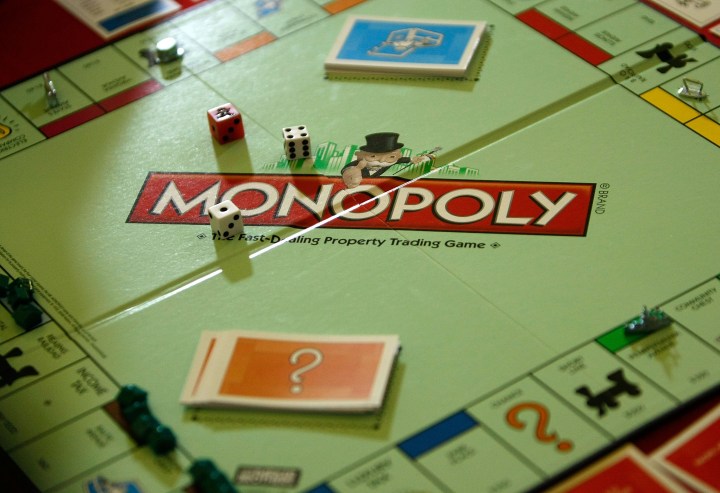 Being a monopoly doesn't in itself mean a company is engaging in illegal behavior. Alex Wong/Getty Images
I've Always Wondered ...

Being a monopoly doesn't in itself mean a company is engaging in illegal behavior. Alex Wong/Getty Images

What constitutes a monopoly? There [was] only one real comic book distributor in the United States, Diamond Comic Distributors. At one time there was some investigation by the Justice Department about this, but they decided it was not worth pursuing. Is it purely a monetary issue that makes it a problem?

Critics of big business say companies like these are becoming more powerful, resulting in a slew of issues that are detrimental to consumers, such as higher prices, product shortages and less competition overall.

Between 1997 and 2012, two-thirds of U.S. industries became more concentrated, as many companies in those industries grew bigger, sometimes through mergers.

But while some of the biggest have been pejoratively referred to as “monopolies,” designating them as such in the eyes of the law is much harder.

To be considered a monopoly, a company must have the power to limit output and raise prices, explained Eleanor Fox, a professor of trade regulation at the New York University School of Law.

“That’s a very tough standard for a plaintiff to prove,” Fox said.

Not only that, but being a monopoly doesn’t mean what you’re doing is illegal.

It’s also hard to prove that a company’s conduct is anti-competitive because our law is conservative and the majority of the Supreme Court has a “libertarian view of markets,” according to Fox.

“For conduct to be called anti-competitive, it usually has to increase market power and hurt consumers,” Fox explained.

Another misconception people have is that to be called a monopoly, a company has to be the sole seller in the market. But the law does not require that, explained George Hay, an economics professor at Cornell University.

While “monopoly” is based on two Greek words meaning “single seller,” there are actually very few industries with only one source of product, Hay noted.

To determine if a firm has “monopoly power,” the lower courts generally require that a firm has a minimum market share of between 70% and 80%, according to the Justice Department.

The case of Diamond Comic Distributors

For decades, Diamond Comic Distributors had been the primary distributor of comic books, functioning as a middleman for the likes of Marvel Comics and DC Comics. In 1997, the Justice Department began investigating the company for alleged anti-competitive practices. But by 2000, it found “allegations of monopolistic practices [were] unwarranted.”

While Diamond may have had a dominant share of comic book distribution, the Justice Department instead placed Diamond in the context of overall book distribution and determined they were too small a player.

“Let’s say I [have] a new comic strip, and I want to get distributed. What are my options? Is Diamond my only real option? Or can I go to a book distributor? The government seemed to think at the time that anyone that distributed books could also distribute comic books,” Hay said.

However, Diamond Comic’s hold has weakened since. Twenty years after the Justice Department’s decision, in June 2020, DC said it was ending its relationship with Diamond and using other distributors for its releases, including Penguin Random House.

The limits of the law

Hay said there actually aren’t that many monopolies, but it’s a different situation when it comes to oligopolies, which are markets with few suppliers.

For example, while he doesn’t consider the airline industry a monopoly, he said there are only a handful of major airlines. Each one has enough heft to exert influence.

“The antitrust laws are not good about dealing with that situation,” he said.

If a bunch of airlines met in a hotel room and decided to fix prices, they could be convicted of that, he explained. But if United said one day, “I’m gonna raise my prices tomorrow” and American followed suit, there’s not much that antitrust law can do about it, Hay added.

“That’s called market power, not monopoly power. And there’s widespread belief that the amount of market power in the economy has increased substantially over the last 20 years as a result of mergers that the government has allowed,” he said.

Attorney Allen Grunes, who works in Washington, D.C., for Brownstein Hyatt Farber Schreck, pointed out that an action like price gouging is not considered monopoly behavior under federal law, although some states bar it.

In fact, charging as much as you can is “all-American,” Grunes said.

He also noted that antitrust agencies, such as the Federal Trade Commission and the Justice Department’s antitrust division, don’t particularly look at “temporary monopoly power” and instead concern themselves with monopoly power that “is durable and will last.”

For example, he explained that an agency probably wouldn’t go after a studio that released a blockbuster movie and told theaters they had to show it on their best screen or on all their screens to the point that other movies were excluded.

Additionally, predatory pricing, or pricing below your costs as part of a “strategy to eliminate competitors,” is a violation of the law, but Grunes said it’s a very hard violation to prove.

How views toward monopolies have changed

There’s the infamous case of AT&T, which was dubbed a monopoly several decades ago.

“AT&T, in the 1970s, absolutely had the power to provide less telephone service and to raise the price,” Fox said. “Which it did, for example, for long-distance service.”

The Justice Department filed a lawsuit against the company in 1974, and eight years later, the government forced the company to break up. The telecom behemoth ended up transforming into eight smaller companies.

But after Ronald Reagan assumed the presidency, the law became less aggressive, Fox said. She said it used to be easier to deem a company a monopoly and find that a company engaged in monopolistic behavior.

The European Union has been more aggressive than the U.S. in going after, for example, big tech firms, Fox said.

“The U.S. has really fallen behind, in my view, because I think the U.S. law is too conservative,” she explained. “In Europe, the standard is dominance, not monopoly.”

To tackle market concentration, Hay said the government can be “more vigilant” about mergers.

“I think it’s fair to say there’s been a wake-up call. I think partly it’s a change of administrations, but partly … they just didn’t realize the dimensions of the problem,” Hay said.

Grunes agreed, saying we have laws on the books that can address concentration of power. If a merger could create a monopoly or substantially reduce competition, that’s a basis to stop the combination. It’s just that they haven’t been enforced enough, he added, because of the difficulty involved.

“A monopoly case is not low-hanging fruit,” Grunes said. “They’re resource-intensive and expensive. So you have to be willing to devote the resources, even though the outcome is uncertain.”

And the public, not just the government, is taking note.

In a Pew research survey from early 2020, more than 80% of U.S. adults said that large corporations wield “too much power and influence in today’s economy.” 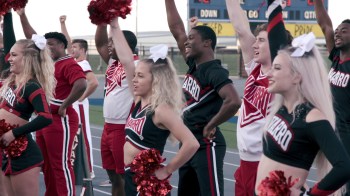 Is competitive cheerleading a monopoly?