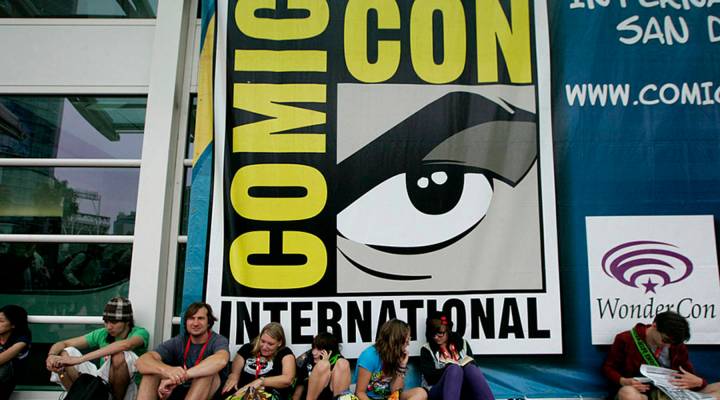 Ready your wigs, blasters, and convention badges — the mecca of all things pop culture has finally arrived.

This weekend kicks off the 49th annual Comic-Con International: San Diego. Taking over downtown San Diego, California for upwards of four days, SDCC has become ground zero for all things entertainment – everything from films, television, video games, and of course, all things comic book.

Blink too fast, and you might miss a celebrity walking down a hallway between panels, turn the corner and you might encounter a squadron of Imperial Storm Troopers making their rounds through the center.

But, let’s take a step back for a moment, get into our time machines and travel to March of 1970, when it all began.

Initially introduced to the world as San Diego’s Golden State Comic-Minicon, it was “the first comic book convention in southern California.” This so-called minicon was used as a way to raise funds and drum up interest for a larger convention.

Only about 100 people ended up attending. And yet, in August of that same year, the first full-fledged San Diego Comic-Con debuted. Over 300 comic book fans crowded into the U.S. Grant Hotel, including big names such as Ray Bradbury and Jack Kirby.

And as they say – the rest is history.

Today, over 130,000 attendees fill the halls of the San Diego Convention Center every July.

As of 2017, SDCC brings in about $19 million in revenue — more than what they are spending in expenses.

Big names such as Warner Brothers, Marvel and “Star Wars” have filled the halls of the convention center throughout the years, bringing in the stars and talent behind big movies and television shows, alongside convention-exclusive swag. (An interesting side note: some of the biggest names in the industry, HBO, Marvel and LucasFilm are noticeably absent from this year’s events.)

The weekend also brings the opportunity to walk the exhibit hall, where hundreds of vendors are expected throughout the event.

According to the San Diego Union-Tribune, attendees of Comic-Con spend about $82.8 million during the 4-day event.

But even beyond the convention doors, SDCC racks in the big bucks for the city of San Diego as well. The San Diego Convention Center reports that in 2018 alone, SDCC is expected to generate a regional impact upwards of $147 million.

Jacob Harold, CEO of Guidestar, told Marketplace that the convention has seen a 15 percent increase in growth year over year for the last 17 years.

With its rise in popularity, the price to attend Comic-Con has also been steadily rising.

This year, an all-week pass, which includes a Wednesday preview, will set you back $276 — which if you were wondering, does also include a $5 handling fee per attendee.

And that’s if you were lucky enough to score a ticket.

By December 2017, tickets for this year’s SDCC were already sold out. This is the 11th year in a row for the convention to sell out.

A self-described “hardcore connoisseur of pop culture,” Mac McLean has been attending Comic-Con for nearly 14 years. He doesn’t see rising ticket prices or a shortage of tickets as a bad thing: “you look at any popular anything and the price will go up because the real estate is limited.”

There’s also a silver lining, according to McLean. “Ultimately, [with so much popularity] there’ll be more opportunities for people to get access.”

In recent years, other pop culturally oriented conventions have swung onto the scene, including New York Comic-Con (which takes place in October this year), Emerald City Comic-Con in Seattle, DragonCon in Atlanta, and WonderCon.

Pop culture is great, but what exactly is it that draws fans to an event like SDCC?

According to Jeffrey Bucholtz, who teaches a course called “Popular Culture and Counseling” at San Diego State University, Comic-Con’s popularity might just be chalked up to a deep sense of community.

“We look at popular culture as something that connects us,” he said. “It offers a place for people to connect through the things in media they most connect to.”

And that sense of connection, Bucholtz said, also provides an avenue for multi-billion dollar media companies to “put [their content] on the side of a building” and turn it into a “massive corporate endeavor … about making money and building fan bases.”

But ultimately it is that sense of community and belonging that makes so many fans willing to spend the time, the energy, and of course the money to do what they do.

Have you ever attended Comic-Con? We want to know how much you typically spend on the whole trip. Tweet us @marketplace with the details!