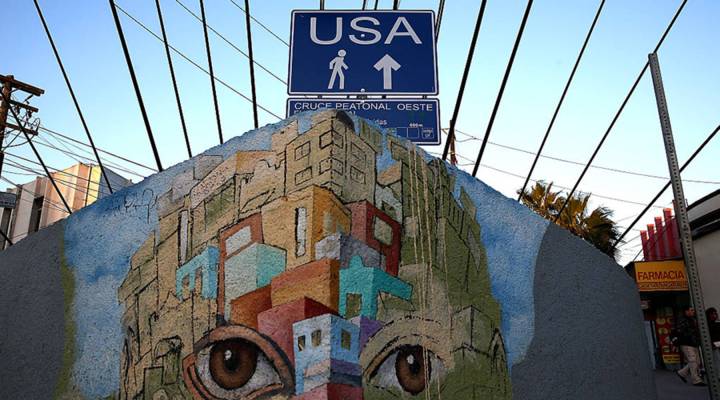 In Southern California, rental prices have been skyrocketing in recent years, leaving many residents wondering where to live. But some have found the answer just south of the Mexican border in Tijuana. Cheap rent, hip bars, and a burgeoning artisanal food culture are enticing Americans to move. The Sentri pass, which allows expedited border crossing for prescreened individuals, has helped some Americans commute from Tijuana to their jobs in San Diego in under an hour.

In Tijuana, 2,000 feet from the border, Miguel Marshall is building a live-work space in a reconstructed gas station. He pointed out an area where a tap room and bar are under construction. The residential part of the complex is already finished. Marshall said that he’d found some of the tenants by advertising on San Diego’s craigslist page, under the heading: “A little south of San Diego.”

“They have great food, great culture,” he said. And they also have cheaper rent. At Estación Federal, studio apartments cost $505 a month all included, with 24-hour security.

For one tenant, David Flood, this means a lifestyle he could never have imagined back in San Diego, where he works, and where a studio can go for around $1,400 a month. “I’ve been working part time like 15-20 hours a week, just at a restaurant as a server,” he said. “That’s all I needed to live here and literally do as I desire.”

In this new Tijuana, huge condo complexes are popping up right by the border, with swimming pools and security guards and prices less than half of what you’d find in downtown San Diego. But according to Urbano Mata, a cartoonist who has lived in Tijuana his whole life, Americans get the better end of this deal than native born Mexicans.

“An American can just be a dishwasher and live here like a king,” he said. He quoted from a comic he drew for VICE about competing with Americans for apartments: “The truth is if you’re not making dollars you ain’t worth nada,” he had written, “El dinero no habla español (money doesn’t speak Spanish).”

The proximity of two different cultures and currencies is already pushing some Mexicans to the edge of Tijuana. But for real estate developers like Marshall, the change is welcome. “There’s an emerging country and a first world country at the same space,” he said, “That creates a lot of opportunities.” Opportunities that include more Californians moving south of the border, especially since rents in San Diego are projected to keep rising.