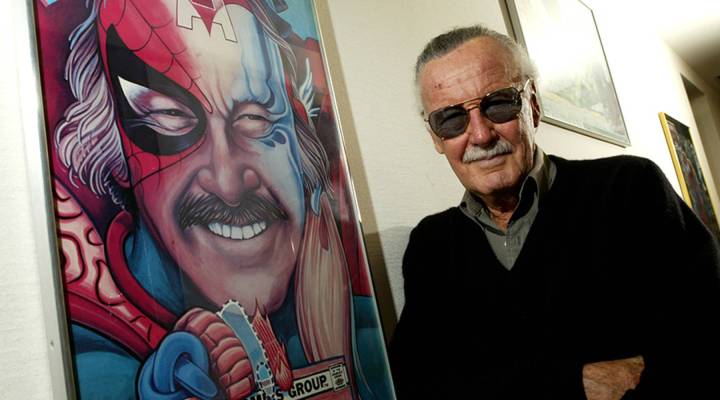 As requested by the man himself, former Marvel Editor-in-Chief and Chairman Emeritus Stan Lee was laid to rest in a private funeral on Nov. 16, representatives from POW! Entertainment announced.

A native of New York City (born in Manhattan and raised in the Bronx) Stanley “Stan Lee” Lieber climbed the rungs of the comic industry ladder and the rest, as they say, is history.

His love of comics and reading helped to land him a job at Timely Publications in 1939 — the company that would one day transform into Marvel Comics.

Lee became a household name over his seven decades of involvement in the world of comics. Alongside notable illustrators such as Jack Kirby and Steve Ditko, Lee co-created iconic characters like Spider-Man, The X-Men and The Fantastic Four.

In honor of the “extraordinary” legend, let’s do the numbers on Stan Lee. Excelsior!

When he first started at Timely Publications as an office gofer, Lee made $8 a week (yes, because of inflation, those eight bucks were worth a bit more than e-i-g-h-t-d-o-l-l-a-r-s, but you get the point.)

The first comic he eventually contributed to, “Captain America Comics No. 3” (1941) initially sold for 10 cents. Today, one page from that same comic is on sale on Ebay for $3,495.

On the subject of the price of comics — let’s talk Spidey for a second. “Amazing Fantasy  No. 15,” which marks Spider-Man’s first swing into comics, holds the record for the second most expensive comic book ever sold (after print, of course). In 2011, the Stan Lee/Steve Ditko piece sold for a whopping $1.1 million — a few million behind a copy of “Action Comics No. 1,” which sold for $3.2 million and is notable for its debut of Superman.

When making public appearances as conventions and other events, a photo op or autograph from “Stan the Man” would set you back $120 each.

Since the inception of the Marvel Cinematic Universe, he’s been credited with 35 on-screen cameos. He was also often credited as an executive producer on Marvel properties. But, despite the acknowledgements, Lee wasn’t the most successful when it came to receiving royalties. In an interview with The Hollywood Reporter, Lee admits that he “should have been greedier.”

However, that doesn’t mean he didn’t get his share from Marvel Entertainment. In 2002, Lee sued Marvel Entertainment (he argued that it did not honor a contract to pay him a share of the profits from TV and movies based on characters like Spider-Man) and won $10 million.

Plus, as chairman emeritus of Marvel, he reportedly earned $1 million a year.

Although, that’s nothing compared to how much the Marvel Cinematic Universe has made over the last decade, which is over $24 billion worldwide.