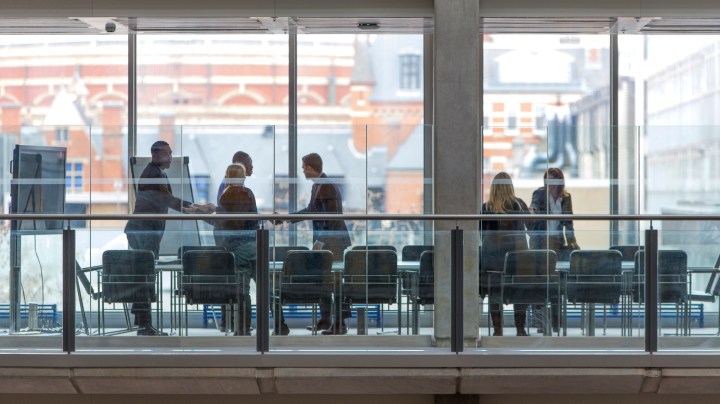 COPY
The percentage of female directors on California boards doubled in the three years since the gender law passed, one researcher said. SolStock/Getty Images

The percentage of female directors on California boards doubled in the three years since the gender law passed, one researcher said. SolStock/Getty Images
Listen Now

In recent years, California has pushed for more gender and racial diversity on boards of companies headquartered there, going so far as to pass laws requiring it: The first law required gender diversity, the second law called for more board members from different ethnic backgrounds and members of the LGBTQ+ community.

With each mandate have come lawsuits. In the last week, a judge in California struck down the law concerned with race, arguing that imposing quotas at all is unconstitutional.

Back in 2018, then-California Governor Jerry Brown acknowledged that requiring diversity in the C-Suite was a little iffy legally. Yet he signed the first of two mandates — on gender — into law. It’s the second mandate calling for more candidates from underrepresented groups that was just overturned.

“As the court noted, you can’t fix discrimination by discrimination,” said Tom Fitton, president of the conservative advocacy group Judicial Watch, which successfully sued the state by arguing that the mandates violate the equal protection clause of California’s state constitution.

“To say generally, ‘Well, we don’t like discrimination in society. And therefore, we’re going to require certain numbers from certain groups and not other groups.’ It’s not what the law allows,” Fitton said.

California is deciding whether to appeal. But the mandates have worked, according to Megan Wang, COO of theBoardlist, a platform that matches companies with diverse board members.

“We are in a discriminatory status quo,” she said. “So without action, I’m very doubtful that things will happen voluntarily.”

But persuading companies to make voluntary changes may be the most viable path now, according to Loyola Law School professor Jessica Levinson.

“I think what advocates are going to have to do is say to people in leadership in corporations, ‘Look how much we already accomplished just for the short period of time that these laws were in effect.’”

California’s experiment with mandating board diversity has been studied by academics like Daniel Greene of Clemson University. In the three years since the gender law was passed, he said the percentage of female directors on California boards went from 15% to more than 30%.

“What’s interesting to us is that outside of California, we have not seen a big increase in the number of female directors added to boards,” he said.

Other studies show that corporations with diverse boards are more profitable. The question for California now is how to keep the momentum going without breaking the law.