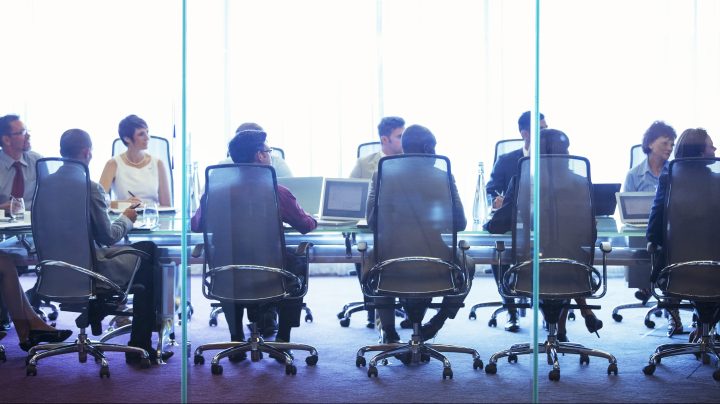 COPY
A study by the National Bureau of Economic Research suggests that major investment firms used their ownership clout to increase the number of women on corporate boards. Caiaimage/Paul Bradbury/Getty Images

A study by the National Bureau of Economic Research suggests that major investment firms used their ownership clout to increase the number of women on corporate boards. Caiaimage/Paul Bradbury/Getty Images
Listen Now

There has been a flurry of efforts to increase diversity on corporate boards of directors in recent years. The Nasdaq stock exchange now requires listed companies to make progress on that front or explain why they haven’t. Plus, several states have laws on the books with similar requirements, though board diversity mandates in California were struck down as unconstitutional this year.

But a new working paper from the National Bureau of Economic Research shows that pressure from big investors may have had more of an influence on boards’ gender diversity.

BlackRock, Vanguard and State Street are known in the investment world as the Big Three. Together, they manage trillions of dollars in assets for big investors, giving them outsize influence as shareholders.

Starting around 2017, all three independently began using their clout to pressure companies about adding more women to their boards.

“They said, ‘If we don’t think you’re taking serious steps, we’re going to start voting against your existing directors,'” said Todd Gormley, a professor of finance at Washington University in St. Louis and a co-author of the NBER paper.

The campaigns worked, he said. “Companies where the Big Three had a larger ownership stake were adding women to their boards at a greater speed than companies that had less Big Three ownership.”

The research also found those women were more likely to hold influential positions on the board — which is not always the case when companies add women or people of color to meet a quota, per Allison Elias, a business professor at the University of Virginia.

“You know, just getting on a board is one thing, but then I still hear women say things like, ‘Yeah, I was asked to take the notes at the meeting’ or, you know, certain administrative tasks,” Elias said.

Women still hold only about a third of board seats at big companies, and racial and ethnic diversification has been even slower than the changes in gender composition. But Elias said the research shows investors can have a powerful influence.

“I think that the push from the business community will hopefully, you know, normalize this a little more.”

Whether that momentum will continue in an economic downturn, when shareholders put even greater focus on the bottom line, she said, is another question.