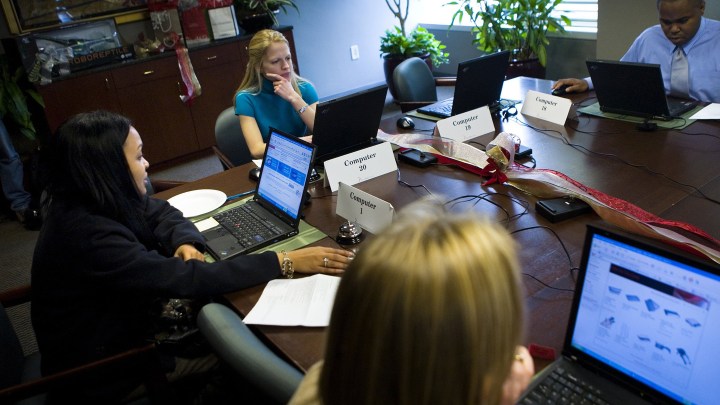 The CEO of Goldman Sachs, David Solomon, told CNBC Thursday that starting this year, his investment bank would refuse to help companies go public “unless there’s at least one diverse board candidate, with a focus on women.” He noted the nearly 60 companies in the U.S. and Europe that have gone public in recent years with all-male boards and said companies with at least one woman director perform “significantly better.”

A company’s board of directors oversees big strategy decisions, so having a diversity of perspectives in the room matters, said Erin Essenmacher, chief programming officer with the National Association of Corporate Directors.

While academic research on whether diverse boards improve firm performance has been inconclusive, the move of a major player like Goldman Sachs could change the calculus of many companies, said Allison Elias, senior fellow and lecturer at the University of Pennsylvania’s Wharton School of Business.

“I think that this Goldman decision is symbolic of the strength of the business case and the belief people have in it,” said Elias.

As of 2018 less than a quarter of board seats at Fortune 500 companies were held by women, but things have slowly started to change in recent years, according to Lee Hanson, a vice president at executive search firm Heidrick & Struggles.

“The market is clearly demanding it,” she said. “It’s the overriding thing we are being asked for, in boards.”

But women and other underrepresented groups still face many challenges in being appointed to boards, said Alisa Norris, a marketing executive who’s also the board director for Standard Motor Products and works with the Women Corporate Directors foundation.

Board nominees are often expected to have CEO or previous board experience, “so there’s fewer women with the board experience when you think about the pool,” said Norris, who hopes moves like Goldman Sachs’s can help turn that vicious cycle into a more virtuous one.