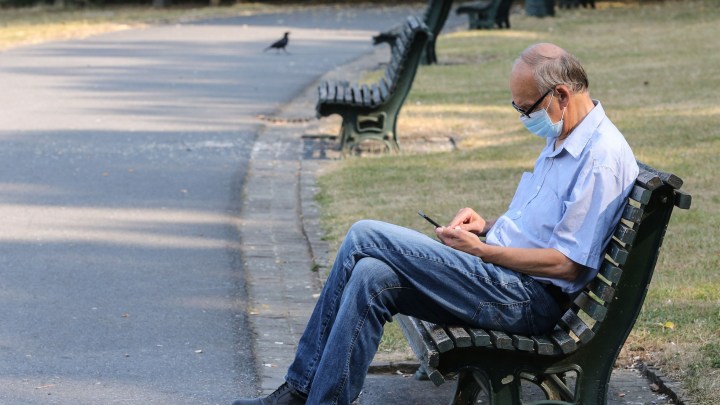 COPY
More benches, public restrooms and services for unhoused people could be part of a care-driven approach to designing cities. François Walschaerts/AFP via Getty Images

More benches, public restrooms and services for unhoused people could be part of a care-driven approach to designing cities. François Walschaerts/AFP via Getty Images
Listen Now

Earlier this month, President Joe Biden signed the bipartisan infrastructure bill, allocating $1.2 trillion toward a wide range of physical investments — from energy grid reconstruction to rebuilding roads and bridges. But infrastructure is more than just these nationwide projects.

In an article titled “What It Means to Design a Space for ‘Care,’” Alexandra Lange argues that urban planners and city designers take care into consideration when designing a neighborhood’s infrastructure. Based on a Twitter thread by Mellon Foundation program officer Justin Garrett Moore, Lange says that a dedicated “Department of Care” could link social, cultural and economic forces to the physical world. Today these worlds are all separate.

Marketplace’s Amy Scott spoke to Lange about her macro level look at designing a city with care in mind. The following is an edited transcript of their conversation.

Amy Scott: What do you and others mean when you talk about the notion of care when it comes to design?

Alexandra Lange: Care in architecture is really about adding a social and a temporal dimension to designing a physical place. It means thinking about who’s going to clean that space, and how best to clean it and thinking about the culture of the community in which it’s being built and how they like to use something like a park. So it’s really adding this kind of infrastructure that involves people and organizations to the design of the physical space.

Scott: Do you think part of this is just about reframing the way cities think about their citizens? I’m thinking of the idea of seating in public areas. I mean, so many public areas are designed basically to prevent people from sitting comfortably as a way to, you know, keep the homeless from settling in place. How would care change that approach?

Lange: Yeah. I mean, you’re absolutely right, that, like, a lot of the reasons why cities are so hostile is basically a fear of the unhoused. And part of what this Department of Care would do would be try to be more proactive about providing benches, providing public bathrooms — but also providing liaisons to social services to try to get people into housing. Because just constantly taking away these provisions doesn’t actually do anything about the larger issue of high housing costs in cities. So, I think it really would take a good change in attitude, where cities kind of admit to themselves that this is an ongoing issue and think about being proactive about addressing it both in physical design and in, you know, something like a civic department.

Scott: If I understand correctly, the original idea for this was based on a Twitter thread by Justin Garrett Moore, an urban planner, who advocated for a Department of Care as an alternative to police departments as part of the defund the police movement. But it sounds like you’re thinking of this more broadly.

Lange: Well, I think Justin’s original idea was pretty broad. Yeah, he’s an urban planner, and he currently works at the Mellon Foundation. And part of what he was saying is, many of the services that a Department of Care would provide are already being provided by other departments unsuited to that, you know, where it’s not part of their job description. So you have, you know, librarians who essentially have to watch over the safety of the public bathrooms in libraries, or you have police departments who are dealing with the unhoused, but they don’t have the training and they don’t have the resources to do that in a positive way. So, a Department of Care would be taking money away from departments that are being kind of forced to provide these services and giving that money to people who, you know, kind of know what to do with it and can be proactive about it.

Scott: So, “care” has become kind of a buzzword, it sounds like, in architecture and urban planning. What does it mean for the average person if there’s a municipal department dedicated to that?

Lange: Well, I think most people’s first kind of take on what care is, is thinking about child care or elder care, which have also been much in the news in terms of policy. But a Department of Care would add a physical and design dimension to those things. For example, like, yes, older people need a person to come to their home to provide care, but the streets would also be more caring for them if there were more benches, if there were more public bathrooms. The streets would be more caring for children if the speed limit was lower, and if there were, you know, more playgrounds more equally distributed. So I think it shouldn’t be too big a leap to go from the idea of care as a person-to-person thing to the idea of care as something that designers can build into the city.