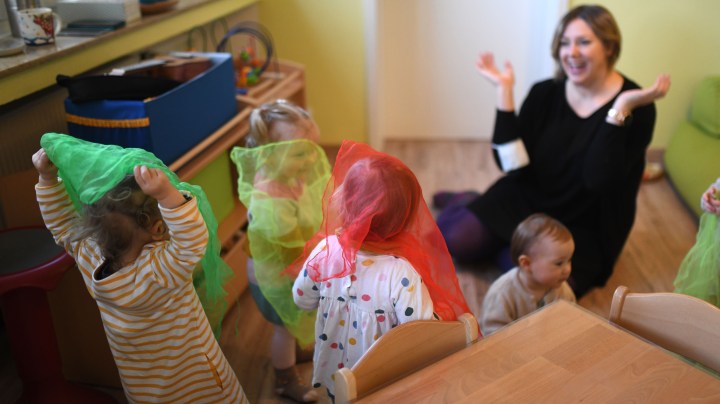 It’s a busy month in Washington, with deadlines on the debt ceiling and government funding. Plus, there’s the Joe Biden administration’s ongoing efforts to get Congress to pass that big infrastructure bill and a budget reconciliation package that includes more of the “human” infrastructure agenda.

To push that last bit along, the Treasury Department released a study on the child care industry Wednesday, arguing that the system is basically in a state of market failure, with significant consequences for the overall economy.

Just about any parent who’s been on a waiting list for day care or a child care center has experienced those difficult economics.

“The market failure is that we count on parents to pay for the bulk of the cost of child care, yet to provide good-quality care costs far more than many parents can afford,” she said.

A typical family with a child under 5 pays 13% of its income for child care, according to Catherine Wolfram, acting assistant secretary for economic policy at the U.S. Treasury, who wrote the report. She said that, for many, the cost is a stretch.

“Child care comes at this time in life when your earnings are low and you can’t borrow against the future. And so, economists describe that as a liquidity constraint,” she said.

It’s a constraint that keeps the demand for care high, but “when parents can’t pay more, programs have no choice but to keep wages low or to not provide the kinds of quality care that we know is good for children.”

“And during the pandemic,” said Hannah Matthews of the Center for Law and Social Policy, “it became very clear, they struggled to stay afloat. We saw tens of thousands of providers close their doors.”

Many economists warn that exacerbating a child care shortage keeps people, especially women, from working or returning to work.