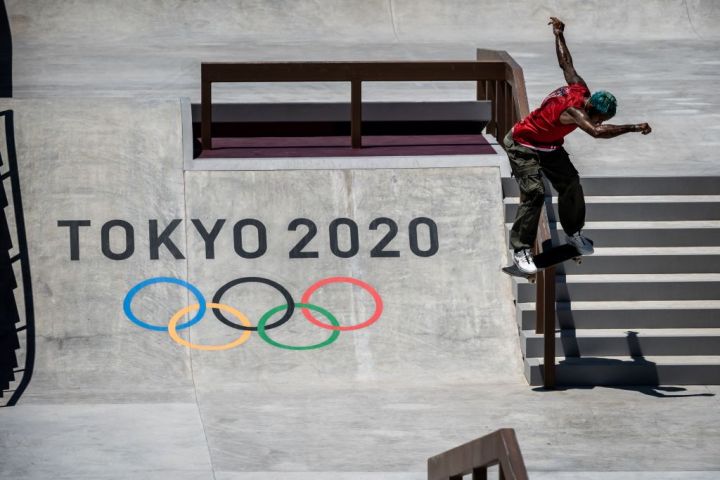 You’d think rugby would be more popular in the U.S.

“It’s almost a cross between American football and basketball,” said Ross Young, CEO of USA Rugby, the governing body for the sport in the U.S.

Being in the Olympics, though, did provide a boost. A decade ago, USA Rugby only had 80,000 members. Then, rugby was re-introduced at the Rio Olympics, and that number nearly doubled. That visibility is good for rugby players like Carlin Isles. He has more than 200,000 followers between Tik Tok and Instagram. Viewers can see him sprint, sing, and endorse non-alcoholic beer.

As the games in Tokyo get underway, it’s possible we’ll see the same sort of boost going to four sports making their Olympic debut: karate, skateboarding, sports climbing, and surfing.

“Becoming an Olympic sport gets you an exposure in every country in the world, potentially,” said Stefan Szymanski, a professor of sports management at the University of Michigan.

In 2020, there were 2.36 million surfers in the US, according to a survey by the National Sporting Goods Association. Participation is limited because not everyone lives near an ocean and it’s also not cheap.

“With skateboarding, you only need $100 to start,” said Alex Seel, a surfer and skateboarder who lives in Far Rockaway, in New York. “With surfing, you have to have a thousand dollars just to start.”

“The planet is not going to take up surfing,” said Szymanski. “But what you are going to be a superb piece of television, which will help sell the Olympics as an institution.”

Both skateboarding and surfing make their Olympic debut on Saturday. Rugby returns on Sunday.