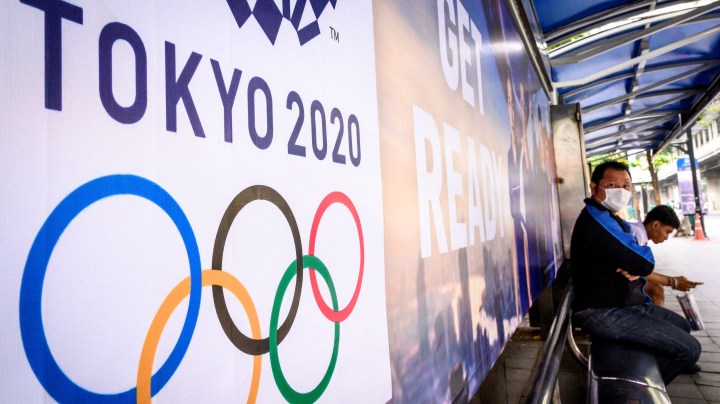 COPY
Despite taking place in 2021, this year's Olympics merchandise will be branded as "Tokyo 2020." Mladen Antonov/AFP via Getty Images

Despite taking place in 2021, this year's Olympics merchandise will be branded as "Tokyo 2020." Mladen Antonov/AFP via Getty Images
Listen Now

Tokyo entered a new state of emergency this week amid mounting coronavirus cases, solidifying the reality that the upcoming Olympic Games will be without spectators. That means no fans from abroad and no locals.

And despite the fact that it’s very much the year 2021, this summer’s Olympics is still branded as Tokyo 2020. One big reason? Money.

“Something that seems as simple as changing every visual from 2020 to 2021, right, and every voiceover and every piece of merchandise. That would be an enormous, enormous undertaking,” said Matthew Katz, a professor of sport management at the University of Massachusetts Amherst.

“The cooling-off fan feels like a tough piece of merchandise to sell if you’re not there in person,” Katz said.

A lot of this stuff will probably go to waste. So will some of the money that sponsors spent on being part of the experience. Asahi Group, maker of this Olympics’ official beer, had counted on serving drinks to an international audience.

“Well, for this particular Olympics, you’ve made a mistake,” said Martin Conway, a professor at Georgetown University who was a marketing executive for Major League Baseball teams.

Besides slapping the Olympic logo on a beer can, there’s not much sponsors can do.

And the biggest marketing money is in TV ads. Kantar Media, which measures audiences and advertising, estimates that the Games will bring in $2.2 billion in ad revenue.

But the energy that ads depend on won’t be the same. Imagine Kerri Strug’s gymnastics vault comeback or Usain Bolt officially becoming the fastest man alive without the roar of the crowd.

“As consumers are engaged with the content, it amplifies engagement with the advertising that surrounds the event,” said Gregory Aston, Kantar’s director of research.

Aston said there are still benefits to buying time during the world’s biggest live event, and brands are prepared: They’ve already used crowdless baseball and basketball games as test cases.