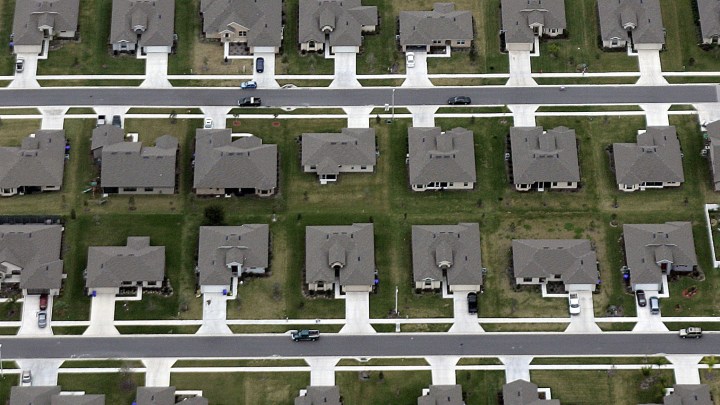 COPY
Homebuyers are increasingly searching for homes outside of dense urban centers, according to a new analysis from real estate site Zillow. Jeff Haynes/AFP via Getty Images

Homebuyers are increasingly searching for homes outside of dense urban centers, according to a new analysis from real estate site Zillow. Jeff Haynes/AFP via Getty Images
Listen Now

The pandemic — and its shift to remote and hybrid work — have transformed where people want to live.

The U.S. has seen migration out of expensive coastal cities to smaller cities like Boise, Idaho, or vacation spots like Lake Tahoe. But most homebuyers aren’t picking up and relocating to a completely different region.

Homebuyers are increasingly seeking out places at the periphery of cities, according to a new analysis from real estate site Zillow.

For years before the pandemic, housing prices were growing fastest in areas closest to jobs, typically in dense urban centers. But the pandemic has flipped the trend, said Nancy Wu, an economist with Zillow.

“The proximity to being close to downtown is being traded for longer commute times for greater affordability farther away,” Wu said.

That’s because many workers aren’t going into the office as much and are looking for more space. Housing prices an hour or more from job centers grew the fastest in expensive metros over the last two years.

Prices closer in — while still not exactly low — grew at the slowest rate, and in some cases dropped.

Homebuying is a long-term decision, she said.

That means hybrid and remote work are likely here to stay, and that could reshape cities, said Richard Florida, an urban planning professor at the University of Toronto and author of “The New Urban Crisis.”

​”Remote work is just the latest technology that stretches the boundaries of metropolitan areas,” he said.

Just like trains and cars did before, Florida said the rearrangement could make urban centers slightly more accessible to younger people or lower-income workers who have largely been priced out.

But it’s a troubling development for the environment, said Adie Tomer, a fellow at the Brookings Institution.

While hybrid workers further out may visit the office less frequently, he said they’ll be more car reliant, travel longer distances and live in bigger houses that use more energy.